Eliana, who is a little over two years old, is now sleeping in a toddler bed. I didn’t plan or think out this process, it just sort of happened.

A bit over a month ago, Philip came home with a picture of a used toddler bed and asked me if I wanted it… for free. I, of course, said yes and an hour later my father in law had dropped it off. You see, I have a hard time saying no to free things. We didn’t need it, since Eliana’s crib is able to transform into a toddler bed but this enabled us to give Isabelle the crib instead of a pack and play… not that she is making good use of either.
Another advantage of switching out the crib for the toddler bed is space. That crib took up loads of room in Elijah and Eliana’s small-for-two bedroom. 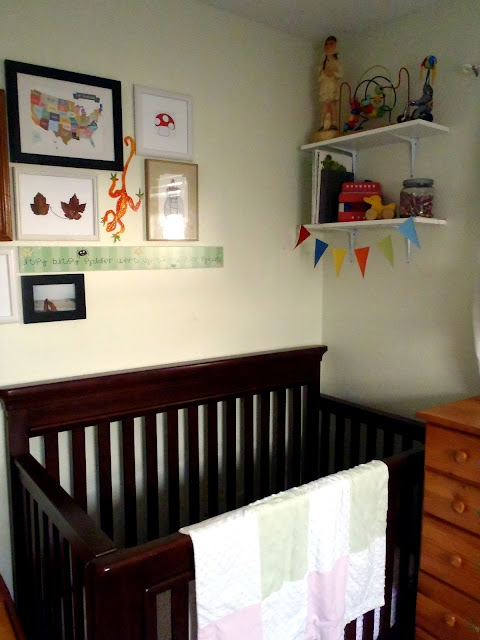 Now that the toddler bed took its place, there is plenty of play room. 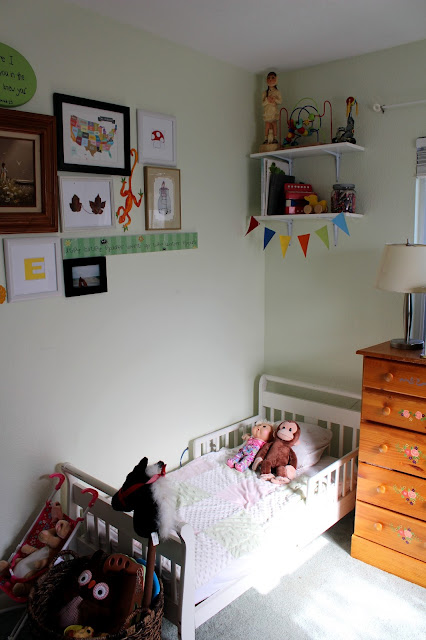 I have read to wait until your child can crawl out of the crib to move them to a big kid bed but we don’t have much any room for storage so we needed to get her out of the crib fast. It took some time to get her to peacefully sleep and stay in her big girl bed though, especially during naps. In fact, it is still taking time, but here’s how we got through what I hope to be the worst of it.
The first night was easy, she was excited and, thankfully, was pretty tuckered out so she went right to sleep. The next night was the same, we expectantly dealt with some tears but she went to sleep. Then came four o’clock in the morning. I woke up to her at the end of our bed saying “Goodnight Mommy, Goodnight Daddy.” Hilarious! She had came into our bedroom a total of three times that night and we took turns walking her back to bed. She was always good at being tucked back in after getting out of bed.

The problems arose a few days after the initial transition. She did what two year old’s are famous for and threw a tantrum when it was time for bed… nap time was even worse. To deal with the bed time refusal, we decided to give her an option. 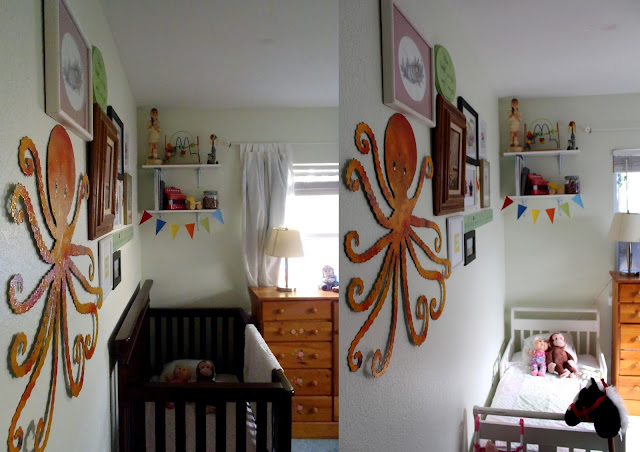 We set up the pack in play in the bedroom and asked her whether she wanted to sleep in the crib or the big girl bed. If she said the big girl bed but would refuse to lay down, we would put her in the crib and walk out of the room for one minute. After that, most times she would lay down in the bed. This didn’t always work but as time passed things got easier. 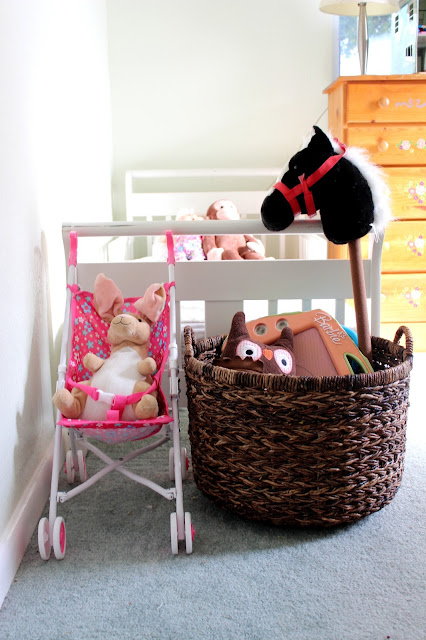 Night and night again we would wake up to her in our bedroom. Sometimes we would catch her coming in the door and other times she would be sleeping on the floor. Each time we would walk her back to bed and lay her down. 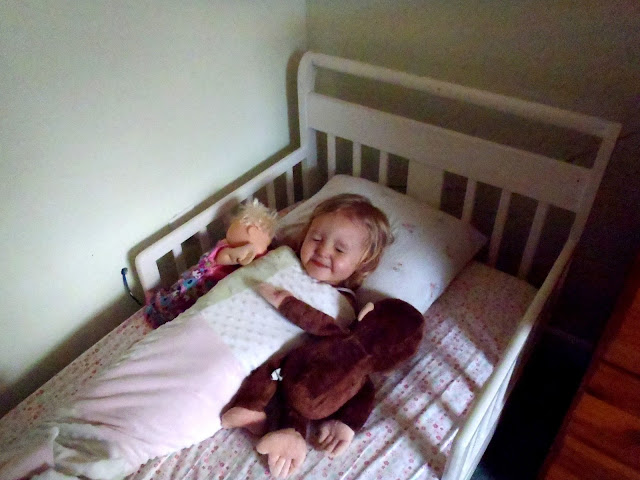 We only dealt with her trying to spy on us once. On the third night of her sleeping in her big girl bed, while I was painting one of the walls, she opened the door to sneak out but instead found me waiting for her. Silly girl! Occasionally I will find her snuggled in her blanket right inside the door but she no longer comes out of her room while we are awake.

After three days in a row of not using the pack and play, I packed it away and we moved on to using bribery for nap time. The girl loves her some cookies. or Reese’s. or brownies. or ice cream. After eating lunch, I ask her if she wants to take a nap. Of course she says no. Then I ask, “Do you want to take a nap then have a cookie?” “Mhm!” It works like a charm. 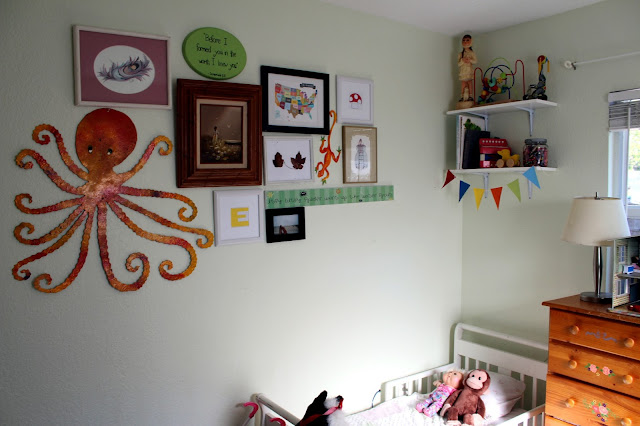 Now each day is a different struggle. Some days she will go straight to sleep and other days she boycotts naps. Each child is different but I am sure you already know that. What worked and is still working for us may not work or it may change for you. I expect some more hurdles in our future and I will probably have to morph my technique but for now we’ve got in down pat.

Of course, I do miss sleeping in. You see, Eliana used to wake up around 7:30 but would always fall back asleep in her crib until 8 o’clock or 8:30. These days, she makes sure to wake us up at 7:30 in the morning by jumping on my belly, kissing me or even better; screaming bloody murder. Then once she successfully wakes us up, she proceeds to ask for a “mana” or “bread and butter” which are more commonly known as banana’s and a peanut butter sandwich.