If there’s one thing that I’ve realized since writing these monthly thrift store posts is how quickly time flies. Seriously, where did April go? Here we are nearly half way through May, and I’m just now getting around to sharing what I found on my local thrift store adventures last month.

You’ve already seen the pig cutting board that I found for one dollar and painted, which is still sitting pretty on our wall shelves. 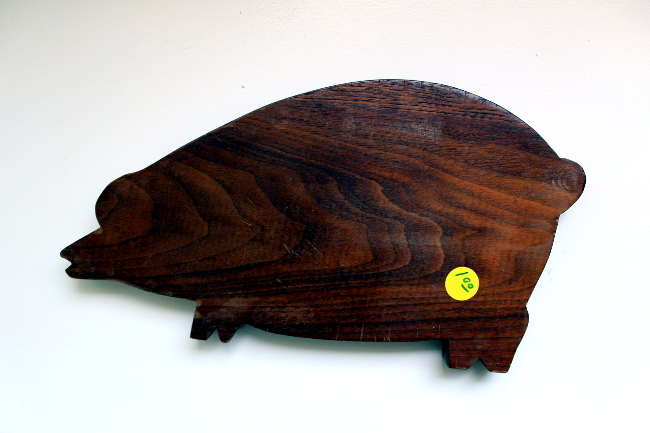 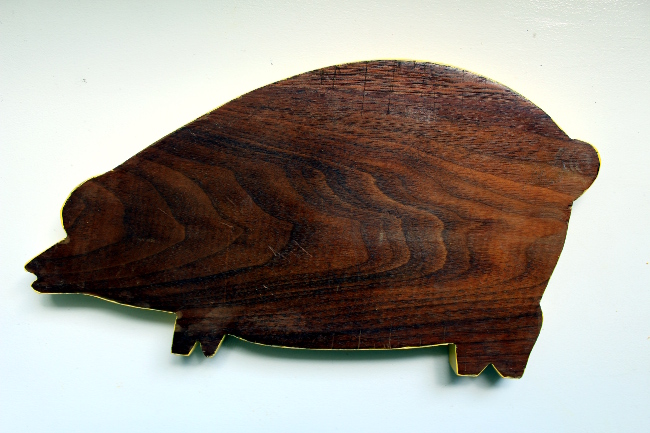 But what I didn’t tell you is that the nice lady at the shop gave me two trinkets to bring home from Eliana. These Dora and Swiper toys were only 10 cents which I intended on paying fully, but alas, she only made me fork over one dollar. 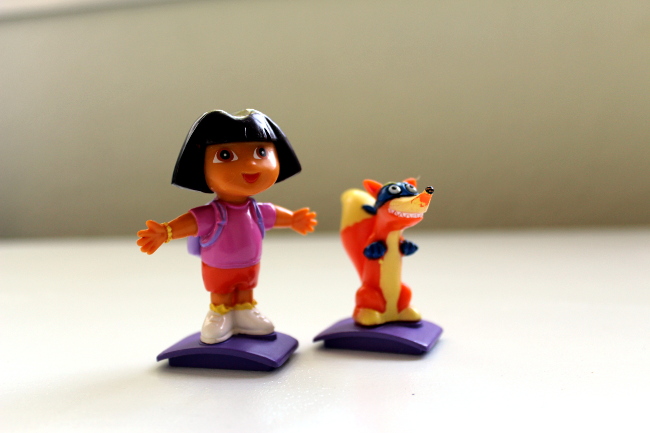 I wish I could have gotten a picture of Eliana playing with them. She loved them and immediately began playing pretend with them. As in playing pretend I mean standing them next to each other while each one said, “Hi,” to one another then Swiper would say, “Oh, man.” There was also some wall climbing and falling while yelling, “Whoooa” involved. Oh, and throwing, can’t forget the throwing part.
At another thrift store around town, I almost left empty-handed until I spotted this little sky rat, err… seagull for fitty cents, I know, the rapper would be proud. He is plastic, not wood, and I think a nice coat of white spray paint will do him some good. 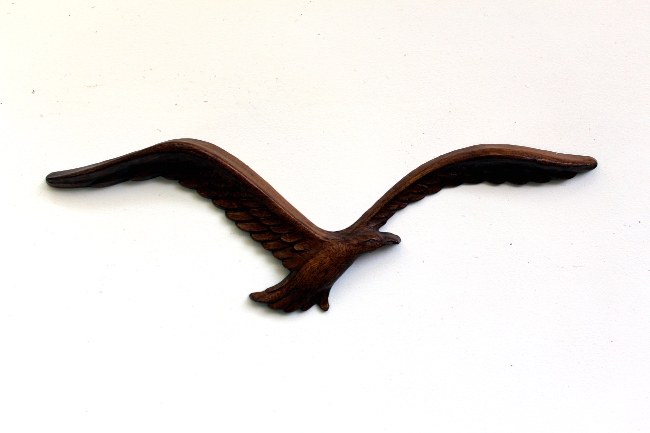 And get this, Philip stated that he liked it. Can you believe that? I got the approval from the husband-unit, that’s exciting! Normally he could care less about what I bring home to hoard, but this time I actually managed to bring home something, besides carved wood, that he likes. It always makes me happy when I can find something that he can enjoy along with me.
So far I’ve showed you something I like, something Eliana likes, and something Philip likes. So it’s only fair to show you something Elijah likes. That would be this awesome marble maze I found for $2.50. It was in the random wooden section, not the toy section, at the thrift store. Lately this particular thrift store has been picked dry, so that must explain why it was still left around for me to snag. 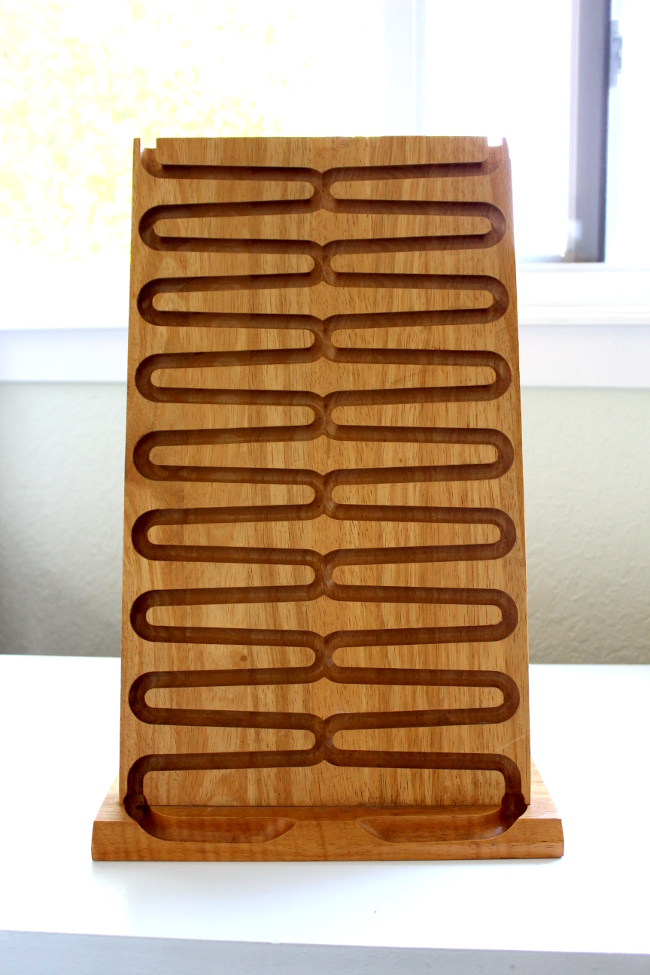 I don’t know who likes it more, the kids or me. That pattern on the wood looks so mid-century modern, doesn’t it? (It reminds me of this fabric over at Spoonflower.) First I considered painting it but now I am actually liking the wood. Perhaps it will benefit from a nice dose of washi tape around the edges? Yeah, I think I’m sold.
Well, that wraps up what I found in April. It definitely wasn’t much, I blame is on the disappearing months. However, I already have scored some things this month that I have to share next time around. Now off to find some more!

For more thrift store goodies, check out the Young House Love’s thrift store challenge, as well as my finds in February and March.