Chamomile literally means earth apple or on the ground apple and if you have ever taken a whiff of a bag full of chamomile flowers, you know why. Now chamomile is an edible flower that not only taste sweet but has a relaxing effect and aids in digestion which makes it perfect to ingest after dinner, close to bedtime. And what better way to consume this herb than in a rich, smooth ice cream? 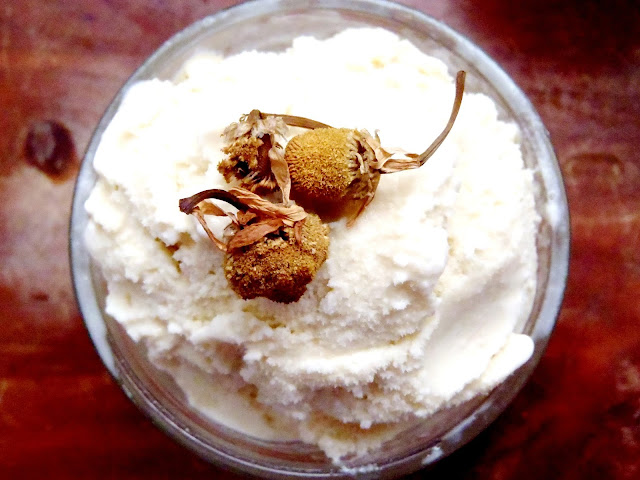 I originally discovered this recipe through Fig and Kindle but have made some changes for my own taste. Personally, I prefer a high milk to cream ratio. I have noticed that when I use more heavy cream than milk in my ice cream it tends to leave a film on the spoon that just makes it feel too heavy. I also added vanilla since I love it in just about anything sweet and to make up for the reduced amount of heavy cream, I added an extra egg yolk. Yum. 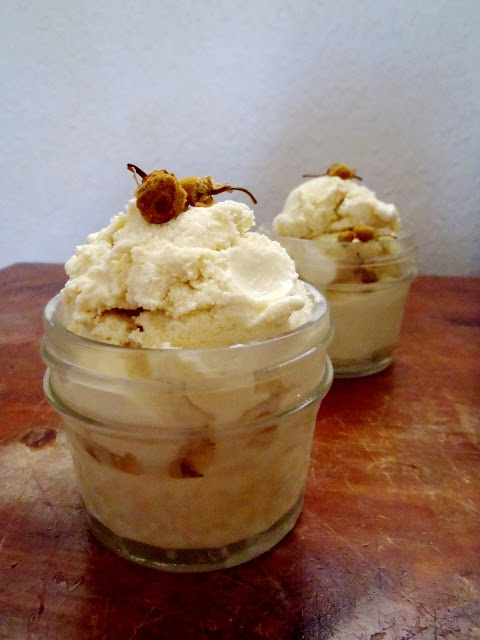 I understand some of you may run from the idea of drinking tea yet alone added a tea to your dessert. However, if this hold any merit, Philip has a strong distaste for tea but actually enjoys chamomile tea. Adding chamomile to his teas actually helps me force it down his throat. Don’t worry, I make sure the tea isn’t scorching hot before doing so. Aren’t I such a lovely wife? 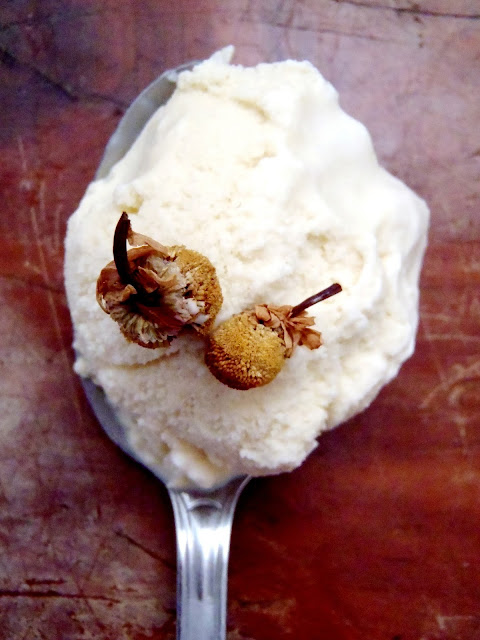 Now I imagine this ice cream would taste delicious with a dark honey added in to replace the sugar or maybe even served with honey. I know… that just sounds crazy, Kimberly. That is why I wasn’t brave enough to do it, but if you venture there please, let me know if you survive. 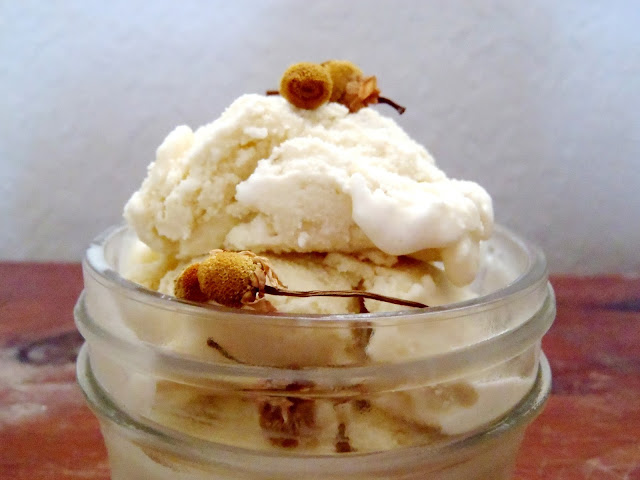 Come milk, sugar and chamomile in a heavy duty saucepan and bring to a gently simmer over medium high heat. Remove from heat, cover and let steep for 10 minutes. Strain using a fine mesh sieve and press chamomile with the back of a spoon to extract as much flavor as possible.

Return egg mixture to saucepan and heat over medium low heat until thick and coats the back of a spoon. Remove from heat and pour into a large mixing bowl. Immediately whisk in heavy cream and vanilla.

Chill in refrigerator until completely cool, at least 2 hours. Freeze in ice cream maker according to manufactures directions.