So, our Karlstad broke and I nearly cried. Basically, there is a piece of particle board in the arm that holds the bolts that attach to the seating section of the couch – because you know, IKEA’s furniture are just large puzzles. Well that piece of crucial, load baring particle broke, just tore right in half. It’s not surprising really, particle board isn’t the cream of the building material crop.

The night it broke I decided to makeshift fix it with some wall nails. That wasn’t much use since the next night it broke again. So it stayed this way for a while, looking all sad and lonely and causing half of the couch to be off limits. 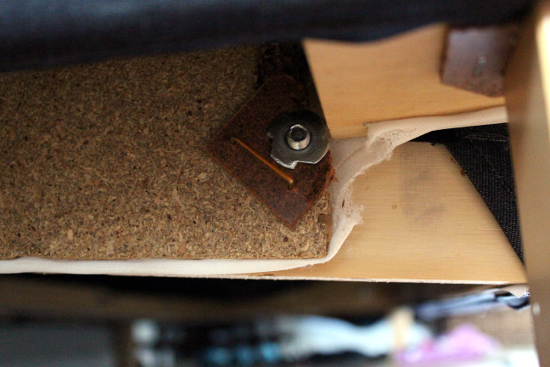 I think I could repair it for the time being, or find a spare Karlstad arm at IKEA. For now it is being held up with some of the children’s building blocks; thankfully the children don’t seem to mind.
Do you have any experience with IKEA’s Karlstad? I’m sure if I was able to make a warranty claim this whole process wouldn’t be a huge issue, but that is the downside to buying a used couch for half off the retail price.