Last week was exactly what I have been craving – a time of rest with no real urgency to do anything other than change diapers and cook dinner. I made a purposeful effort to slow down the week between Christmas and New Year and soak in time with my family while my husband was off of work. Once our “staycation” was over, I began working on a storage solution for one of the two closets in our bedroom. On Monday I installed four of the six shelves on the block wall in the room. The following day, confident that the most challenging part was over, I began working on the remaining three shelves. As I stepped down off of the step ladder, I can only vividly recall seeing my foot sideways, tumbling on my side, and a shelf leaning over on me. Yesterday the x-rays revealed what we suspected, that my foot was broken. The doctor explained that I dodged a bullet since the fracture on my fifth metatarsal (the long bone that connects the small toe to the ankle) is relatively thin, meaning I won’t need pins if I can avoid causing further separation. 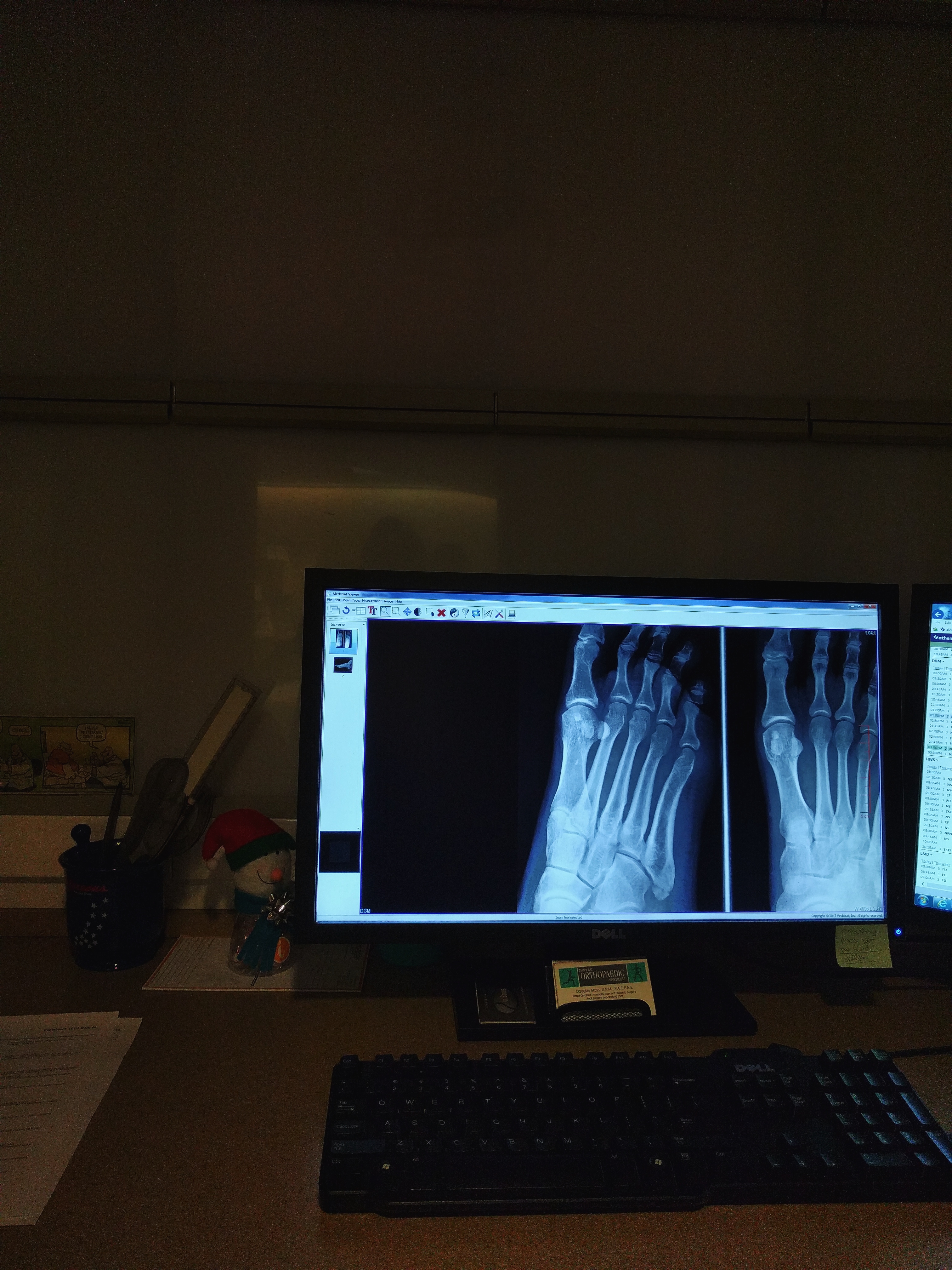 This is the fifth bone I’ve broken, so it’s really no surprise to my family and myself. I still haven’t reached the level of bones my dad has broken (and I hope I never do) but I think I may take the cake for the most ridiculous reasons for the cause of the broken bones. My first broken bone was after doing a cartwheel while I was 7, the following day a school a kid pushed me into a bench causing a second break. A couple years later a basketball landed on my ring finger at school and broke the bone. And at 14 years old, I broke my wrist while ice skating in Central Park (the famous one, in NYC) on the day we were returning home. Now, tumbling off of a step ladder (for crying out loud!) is the culprit. A toy train may have been involved as well, although I can’t recall of anything specific twisting my foot. 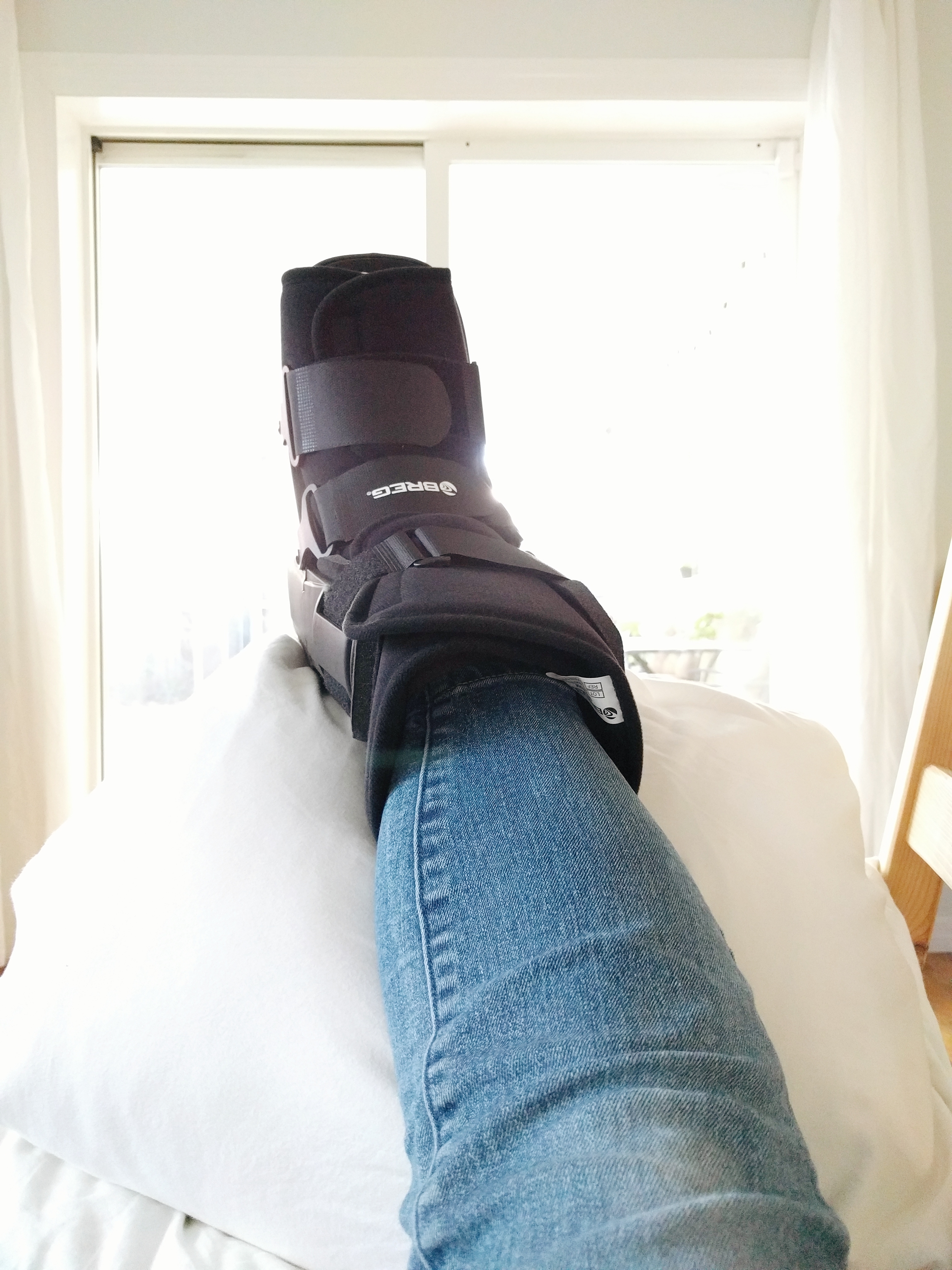 The shelves and any other major improvement we have been thinking about will have to wait (again) as I’m sporting a nifty CAM boot and will spend my days reclining with my foot elevated. The next four weeks are sure to make up for any rest I have been lacking and if all goes well I’ll be able to start taking it slow with an ankle brace after the bone heals. As hard as waiting is for me, I find reassurance in God’s will in my life. Perhaps more rest is exactly what I have been needing.