Did you know Karlstad is a city in Sweden? I didn’t. So no, I didn’t get my very own city, but it sure does feel like it! 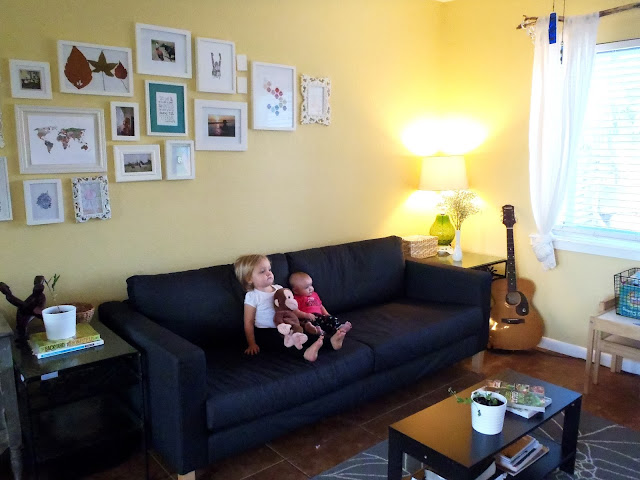 In all seriousness, God is so good! For about two weeks now I have been scouring craigslist for an Ikea Karlstad Couch. We had received some money as a Christmas gift from my Mother’s in laws aka my Step-Grandparents but to keep it short, my Grandparents. I was finding really good deals but half of the time no one would respond to me. That really bugs me, does it bug you too? The other half of the time the couches were a two hour drive away and the sellers weren’t able to deliver.

I don’t know why I tend to leave God out of my shopping adventures. After all, I should involve Him in every portion of my life, so why leave Him out when I am shopping for something? Of course I don’t need a couch but asking God to put something in my path won’t hurt anything. So I asked. I literally prayed to Him, “I know this is dumb but I really want this couch.” 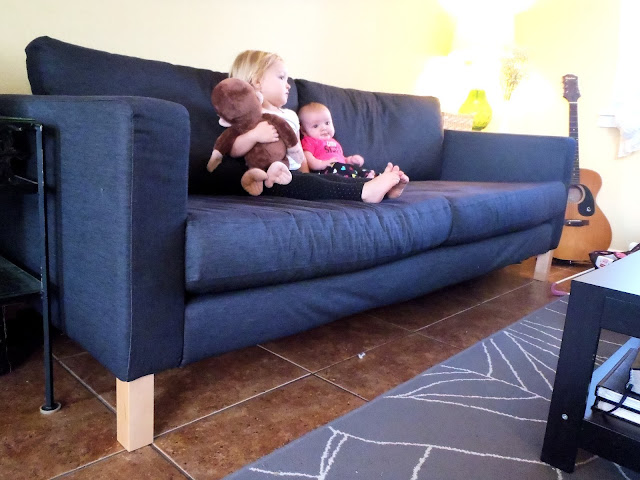 Let’s take a fast break and rewind a bit. We received our previous couch from my mom and step dad when we moved into this house two years ago. They snagged a deal on a new couch and passed down a brown sofa to us. After a year of living with the brown color that I really did not like, I slip covered the couch with a painters drop cloth and replaced the cushions with some pillows from Ikea. It looked nice at first, until Eliana discovered she could squeeze juice from her no spill sippy cup.

So I removed the cover and dyed it gray, but washing the cover caused the thread to tear.

Then we were left with an uncomfortable gray beast. Really, my back cried because of this couch. Not to mention the headaches it induced for Philip.

Then, I found this baby on Craigslist for half of its retail price. Oh yeah. When I asked the seller what color it was, he said black. That meant it could have been two different blacks and I would have been okay with both, but boy am I glad it came in this Sivik Gray. I really might be a little bit too giddy about it. I think Philip was worried I was going to leave him for this couch. Good thing I can share it with him or else we might have been in trouble. I even texted my mother saying I found the couch of my dreams. She replied, “I didn’t know couches were dreams, silly.” Well, they are what my dreams are made of. 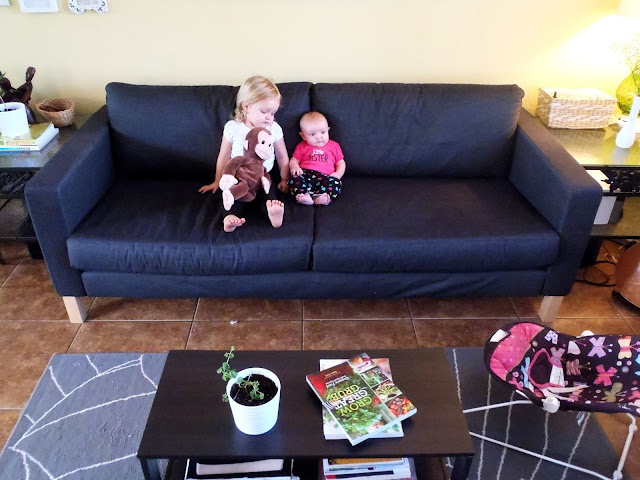 It looks like the little girls like it too. Isabelle no longer gets sucked into the cushions and Eliana could really care less, as long as Curious George is playing. 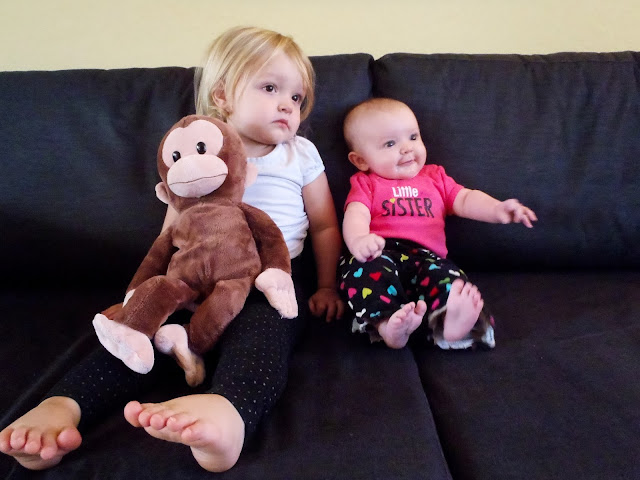 Oh and what makes this baby even better? Washable covers! Spit up doesn’t even stand a chance on this couch! That milky substance wipes off like a breeze. Now please enjoy the following pictures while I enjoy being lazy on a comfortable couch. 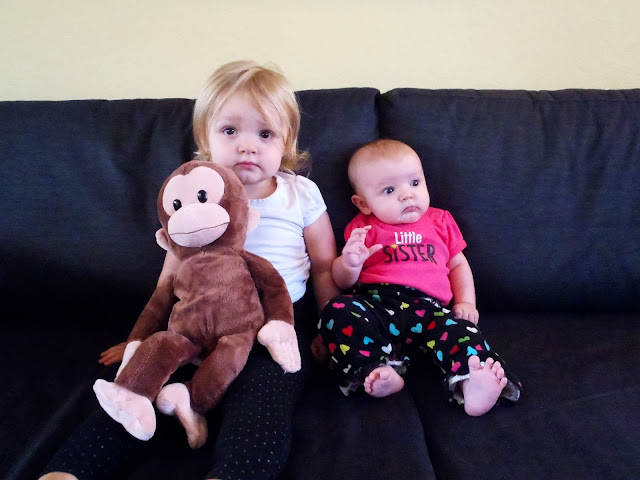 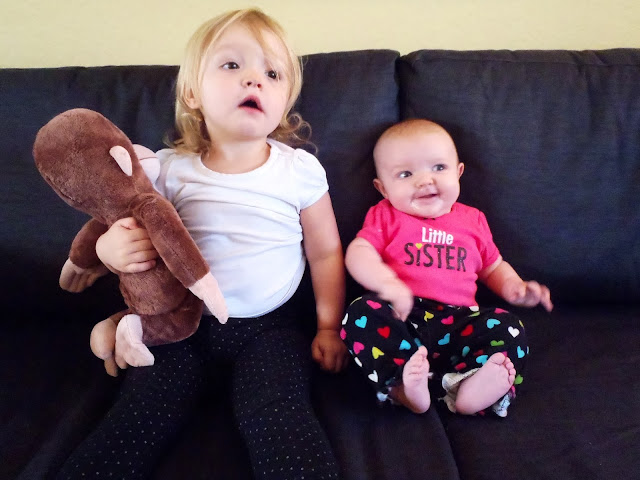 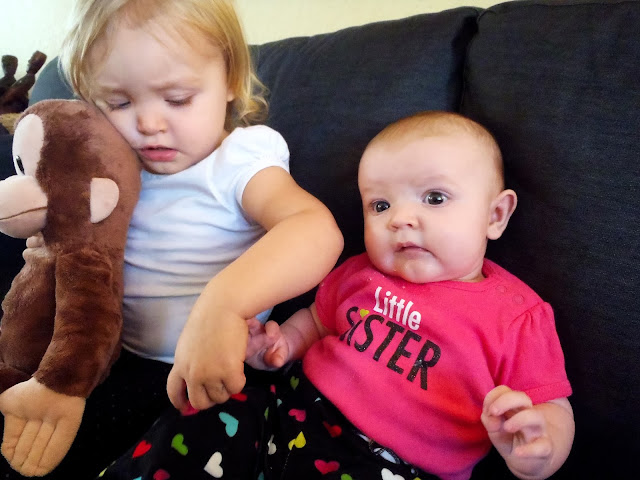 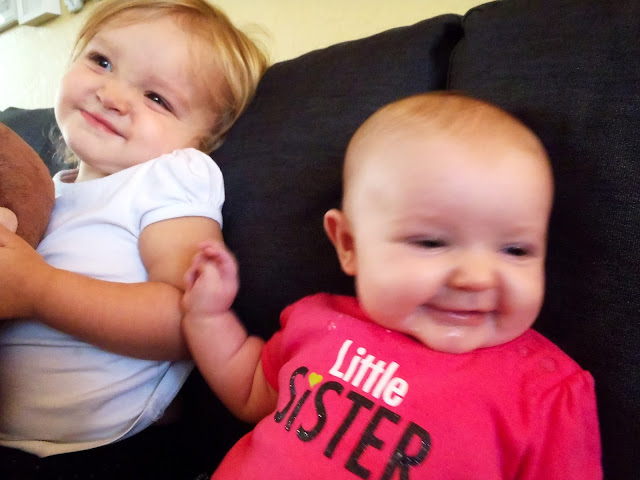 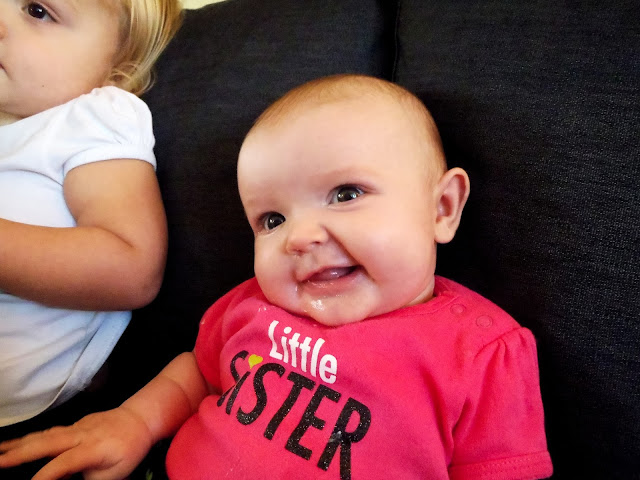