Did you know my last name used to be Pistachio? Okay, not really… my last name actually used to be Birchard but before it was Birchard it was Pistachio. You see my great grandpa one day changed his last name from Pistachio to Birchard. Why? Well, there are three different tales as to why. 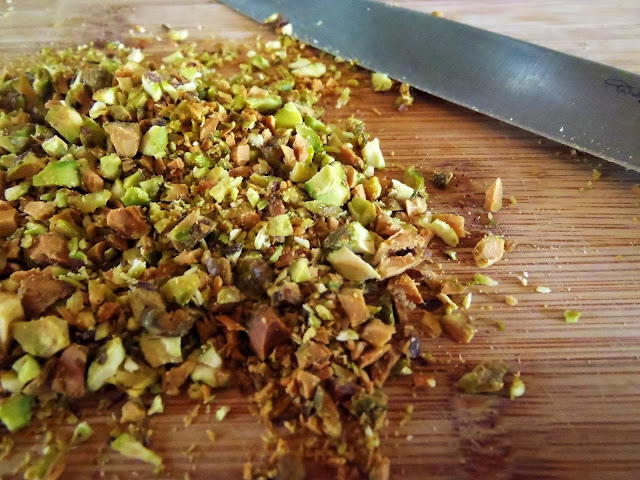 The first story goes like this, My old great grandpa Pistachio immigrated to America way back when. When he arrived at Ellis Island the Americans didn’t know how to spell Pistachio, so they gave him the last name Birchard. I know, unlikely but I thought it to be true for years.
Then, I heard the second tale… Mr. Pistachio fell in love with a beautiful french woman. Unable to marry her with such an Italian name, he changed his last name to Birchard and they lived happily ever after. I like that one, it’s very fairy tale like and what girl doesn’t like a good love story? Unfortunately, that was just a tall tale.
The real reason why he didn’t keep his nutty name? Well, he had opened a convenient store and titled it using his last name. But since Italians were associated with the Mafia, business was a no go. Therefore, he changed his name to something less crime-related and that is how Birchard came about.
Now that you’ve had a history lesson on my family, how about some ice cream to celebrate? 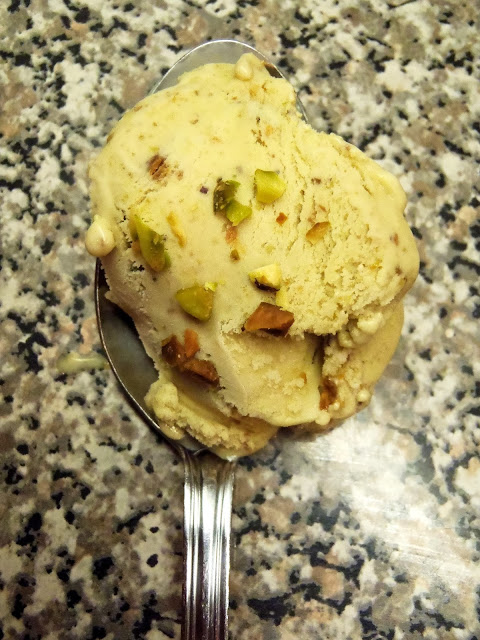 There is a Gelato shop in downtown St. Pete and they serve some to die for pistachio gelato. Seriously, I begged Philip to take me there every week when I was pregnant with Eliana. But at five dollars per two scoops, it can really put a damper on things.
So I made some myself and I really don’t know how I survived this long without pistachio ice cream in my freezer. 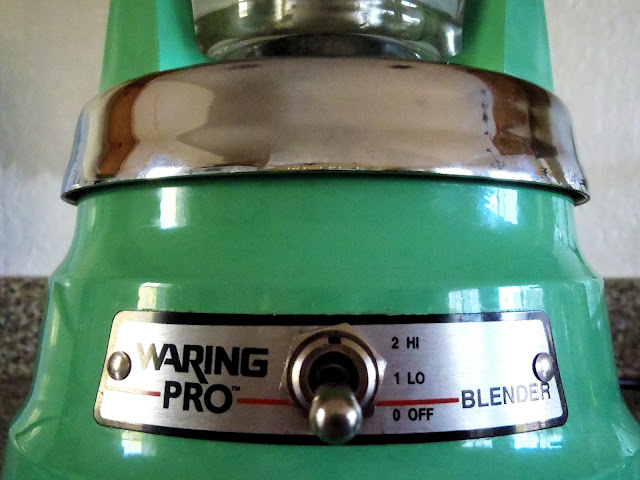 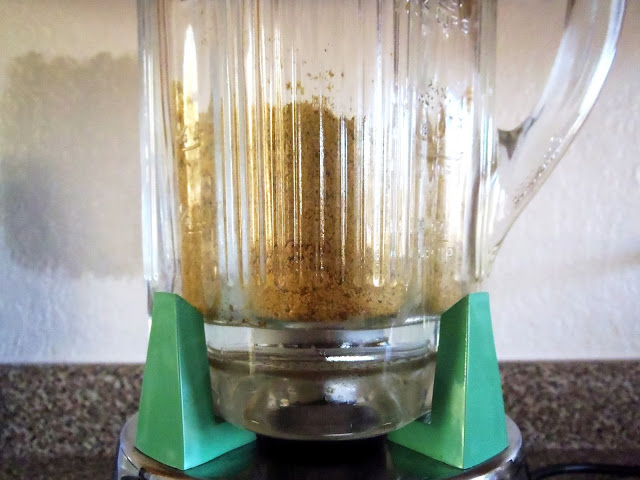 Wait a second, what’s the difference between gelato and ice cream and why didn’t I just make gelato? Well, gelato has a higher milk to cream ratio resulting in a lower fat content. I think some gelatos have no heavy cream at all. Also, gelato is churned at a slower speed causing less air to be mixed into the frozen concoction which means a more dense delight. As for why I didn’t make it at home is because I have an ice cream maker, so no matter what my milk to cream ratio is I will still end up with a faster churned ice cream. 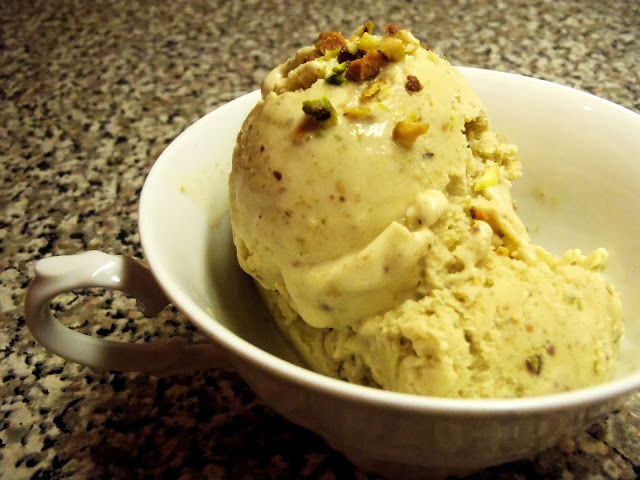 Either way, this tastes just as good as the gelato downtown. I do have some bones to pick with this recipe, though. First, it has a little too crunchy of a texture. What I would do different is strain the pistachio milk mixture through a cheese cloth to keep more of the finely chopped pistachio out of the final product. Secondly, there just wasn’t enough of it. I need more. Pistachios are good for me so it will be fine if I eat it for breakfast, right? 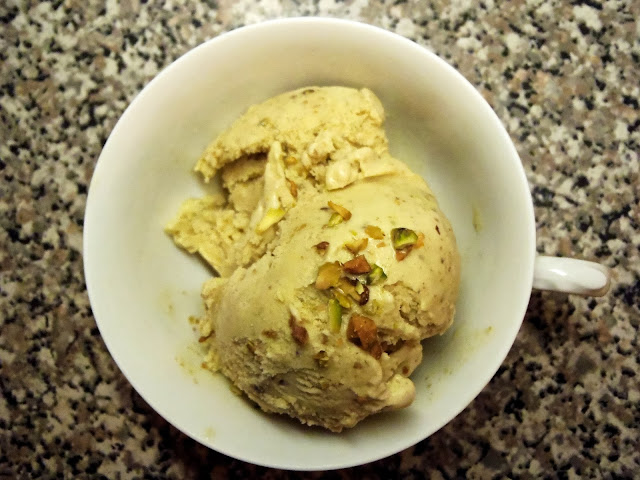 Directions:
Finely grind pistachios and 1/4 cup sugar in blender or food processor. Mix pistachios with milk and bring to a very gentle boil in a heavy saucepan over medium-high heat stirring occasionally, about 10 minutes. Remove from heat, cover and let sit for 5 minutes.

Return custard to saucepan. Heat over medium heat until custard is thick and coats the back of a spoon stirring constantly, about 5 minutes. Strain mixture through a fine mesh sieve or cheesecloth. Press down pistachios with a back of a spatula to release milk and flavors. Chill in refrigerator until cool, at least 2 hours.

Stir in heavy cream then freeze in ice cream maker according to manufacturers directions. About half way through processing, add in chopped pistachios.