Wow, that is a lot of chocolate for one title. Is it too much? Wait a minute, there is no such thing as too much chocolate. Well, unless we’re talking about bacon. Seriously, I tried my first chocolate covered bacon and I am not a fan. Philip compared it to a dirty leather shoe… I have to agree. 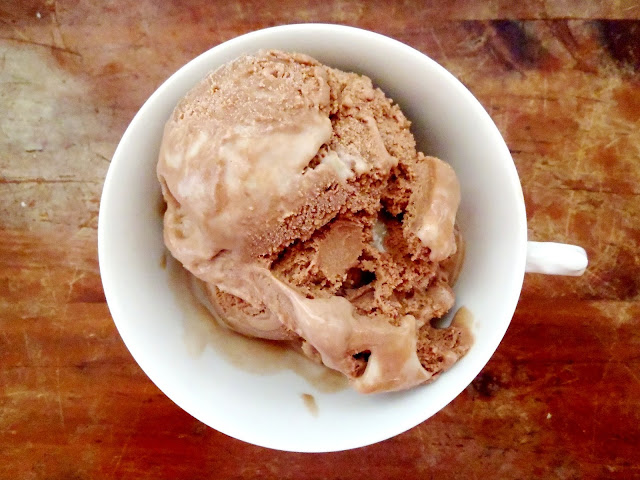 On to topics such as chocolate being delicious. This recipe is inspired by David Lebovitz chocolate ice cream recipe. He uses cocoa and dark or bittersweet chocolate. I know the darker the chocolate the better it is for you but I am a die hard milk chocolate fan so I used that instead. The best kind of milk chocolate is one with at least 30% cacao. I used Godiva’s 31% milk chocolate which I found in the candy section of my grocery store. If you can’t find that my second choice would be Ghirardelli’s chocolate near the baking section though I am sure there is better milk chocolate out there besides those two. 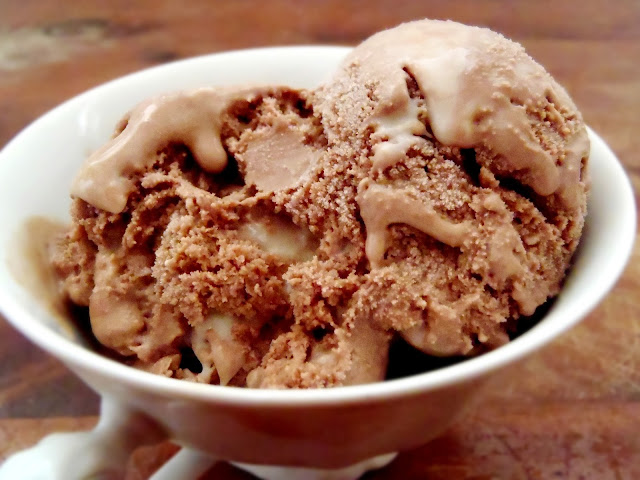 The reason I added the white chocolate swirl is because I couldn’t just ignore the delicious white chocolate in my pantry. I had been staring at it too long and had to put it to good use. Wait, do I need an excuse to eat white chocolate? I don’t think so. I still have two more bars so we’ll see what I decide to do with them next, perhaps another batch of this ice cream? By the way, white chocolate isn’t actually white but ivory, as David explains, and shouldn’t contain any other fat in the ingredients besides cacao butter. 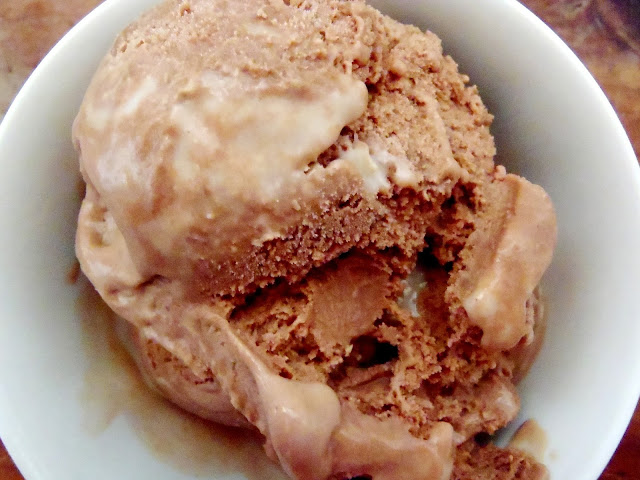 To accomplish the white chocolate marble, you will swirl it into the chocolate ice cream layer by layer when you transport the ice cream from the maker to a container. The ice cream will get softer and seem to be melting, but as long as you work fast it should still freeze fine. 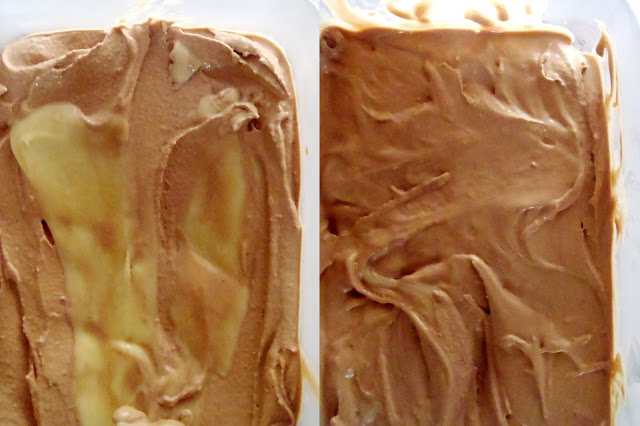 Now I normally will pick vanilla over chocolate ice cream any day, but this recipe may make me change my mind. Maybe it will change yours, too. 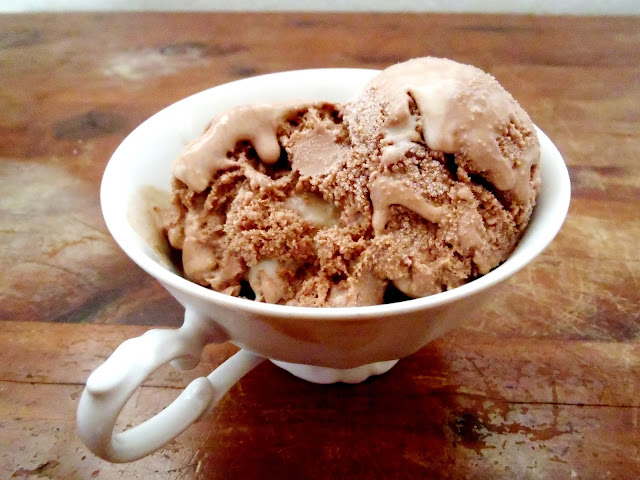 For the White Chocolate Marble

In a medium saucepan, thoroughly whisk together 1 cup of milk and the cocoa. Bring to a boil over medium-high heat, then reduce heat to low and simmer for 30 seconds. Remove from the heat and stir in chopped chocolate until smooth and chocolate is melted. Stir in the heavy cream and transfer to a large bowl.

Warm the remaining milk, salt and sugar in the same saucepan. In a medium bowl, whisk the egg yolks. While vigorously whisking the yolks slowly pour in the warm milk mixture.

Transfer egg mixture back to saucepan and heat over medium heat until mixture is thick and coats the back of a spoon, about 5 minutes. Stir the custard into the chocolate mixture and stir in vanilla.

Chill in the refrigerator until completely cool, at least two hours, then freeze in an ice cream maker according to manufacturers directions.

To make the White Chocolate Marble

While ice cream is chilling in refrigerator heat the cream until it just begins to boil. Remove from heat and stir in white chocolate until melted and smooth. Transfer mixture to a small bowl and freezer for one hour.

Freeze for at least one hour before serving.