Actually I grew two, all for $3.19. What is Kombucha? Google it and you can find tons of information. Basically it is a fermented tea beverage that aids in digestion, supports the immune system, detoxifies and energizes along with other things. It tastes very tangy and is an acquired taste. I wasn’t too fond of it at first but after my first bottle I was hooked. However, at $3.19 a bottle it can get pretty expensive to drink one a day. That’s when I decided to try my hand at growing my own.
Now a SCOBY stands for Symbiotic Culture of Bacteria and Yeast and is what ferments the tea. I read Paprika’s tutorial on how to grow your own SCOBY and got started immediately. I used GT’s Gingerade Raw Kombucha and combined it with cooled sweetened tea made with 1 cup water, two tablespoons sugar and one tablespoon black tea. 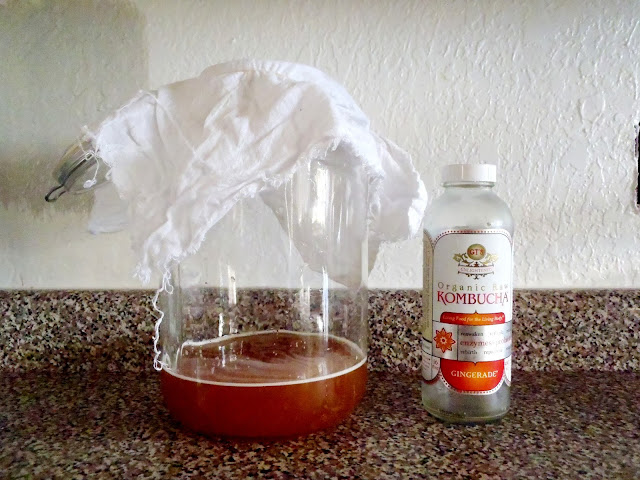 I was worried the ginger in it would prevent the SCOBY but after eight days in my dark pantry, I had this. 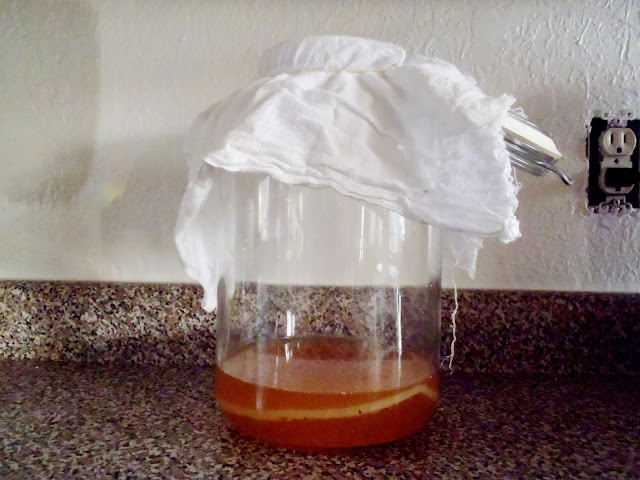 My very own Kombucha mother. I couldn’t have been more proud, although I was worried about those black dots attaching to the SCOBY. Turns out they were just black tea bits that made their way into the jar. 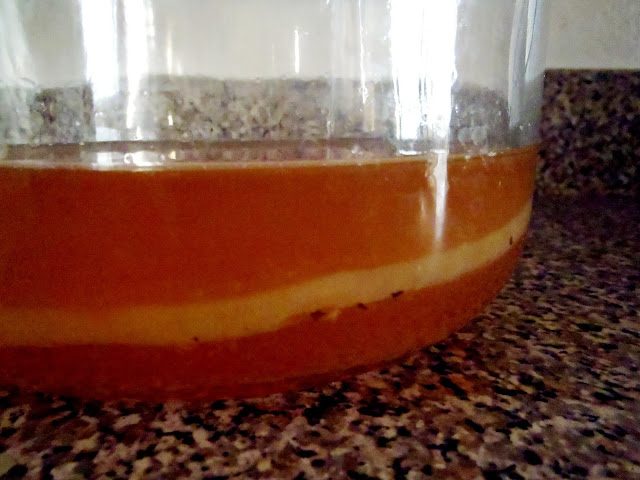 Now I probably could have stopped there but I wanted to be safe rather than sorry. So I added more cooled tea, this time made with 4 cups of water, 1/3 cup sugar and 2 tablespoons black tea.
Thirteen days later, I had a Kombucha mother AND a baby. 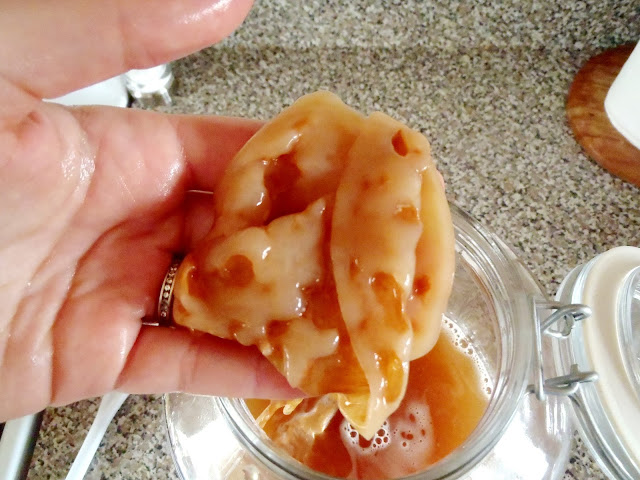 Pretty strange looking, aren’t they? But I love them anyways. 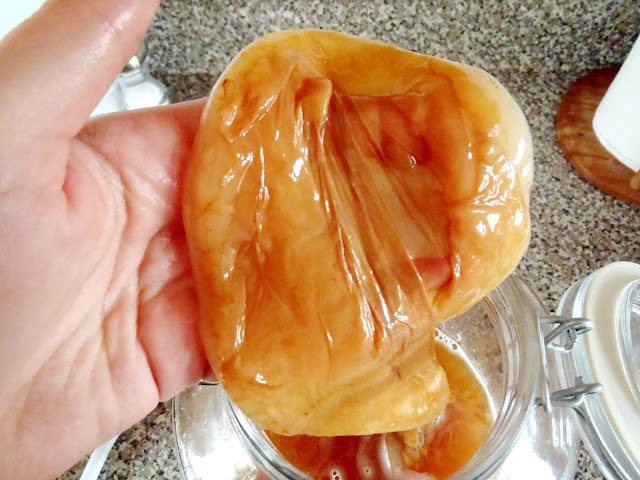 So I removed them from their liquid and placed them in a separate jar with one cup of the liquid they grew in. 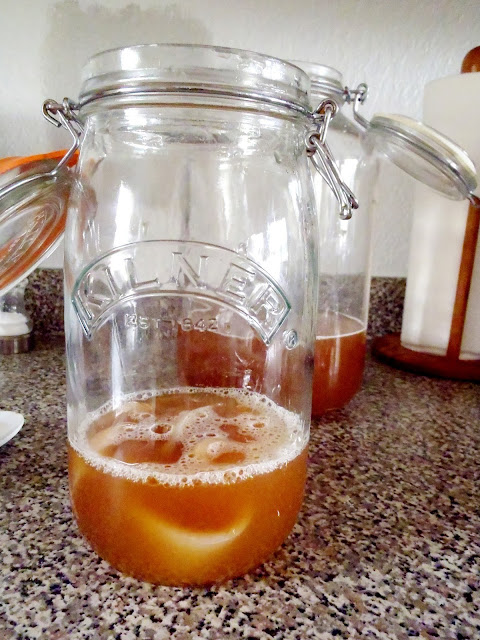 Now I am brewing my first batch of Kombucha and can’t wait to see how it turns out. Apparently this method doesn’t work for everyone, but it worked just fine for me. If in fact this SCOBY only lasts for a few brews, I don’t mind growing another one. For $3.19 compared to $15 or even $40 for a SCOBY, I call this a deal.