My new craze? Bittersweet chocolate. I just cannot get enough of this stuff. I have never been a fan of dark chocolate but this has a hint of sweetness that makes it better than its standard dark chocolate counterpart.

So when I had four (yes, I said four) bars of the stuff in my pantry, I decided it was time to put two and a half of them to work. Since six ounces of chocolate called for in Martha’s recipe just wasn’t enough for my chocolatey needs, I added four more ounces of chopped chocolate to add some interest to otherwise standard brownies. 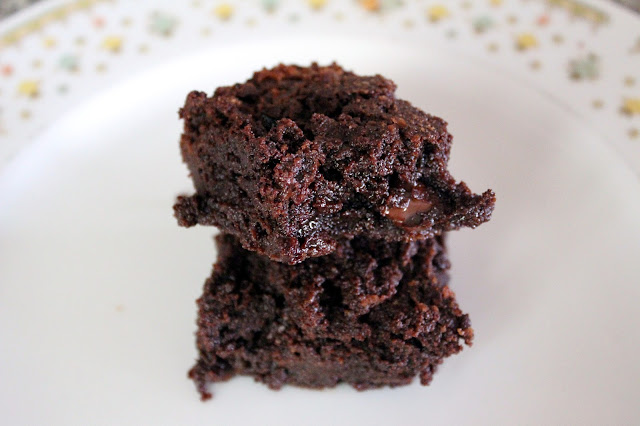 One thing I really enjoyed about this recipe was the simplicity of the making process. Instead of requiring me to cream together softened butter and sugar, you melt cold butter and chopped chocolate. 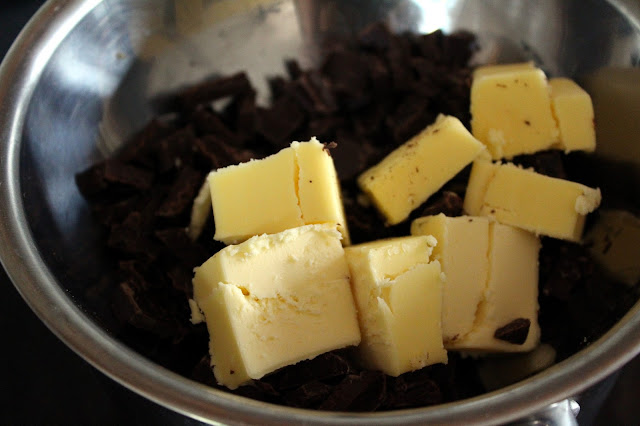 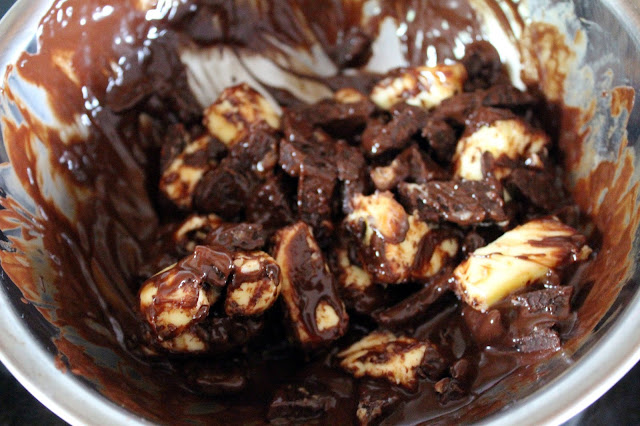 Once that is smooth and melted, remove it from the heat and whisk in sugar, then three eggs one at a time, cocoa and salt. 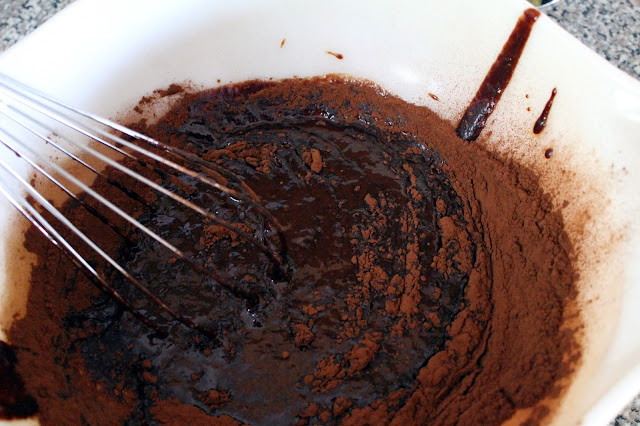 When that is smooth, you fold in 1/2 cup plus 2 tablespoons flour that has been sifted then the additional chopped chocolate. Just to clarify, that is flour measured out then sifted. I was finally able to put my thrifted sifter to some use. 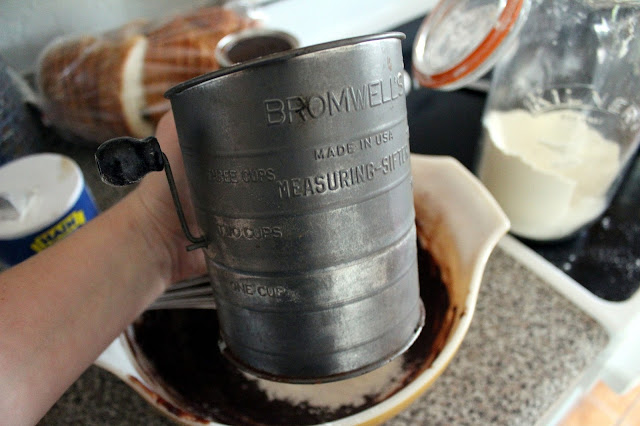 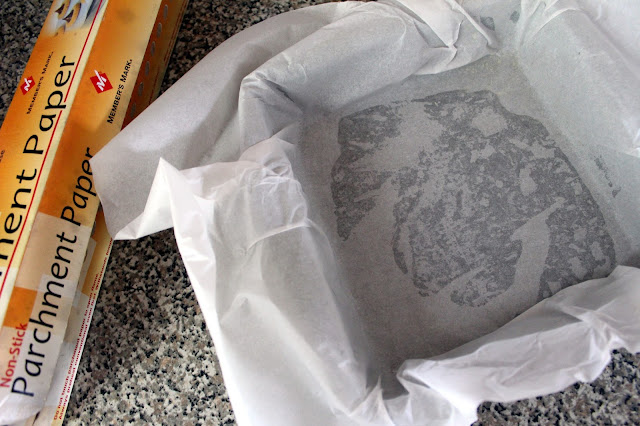 Three minutes into baking the brownies is when I realized I forgot to whisk in the sugar. My supervisor was too busy looking cute to notice my mistake. 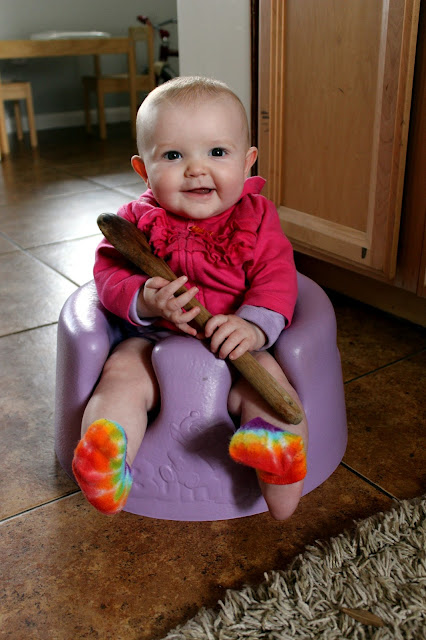 I quickly removed the brownies from the oven and whisked in sugar. Then, when they were done baking, I noticed a liquid floating on top of the brownies. I assumed it was because I added the sugar too late, so I tilted the pan and drained the liquid. 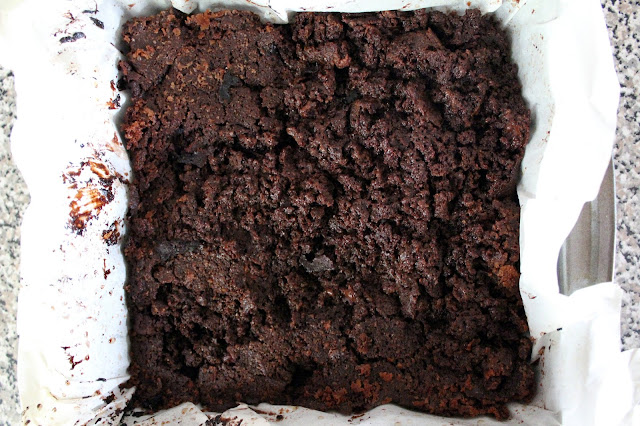 This caused the brownies to topple over each other leaving me with this. Not quite the looker, ey? 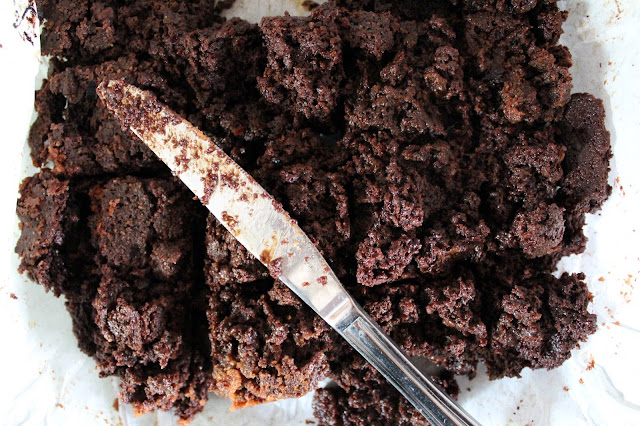 So although mine came out seeing better days, they were so delicious. This isn’t my first case of looks ugly tastes pretty. Can something taste pretty? Okay, maybe that was weird. 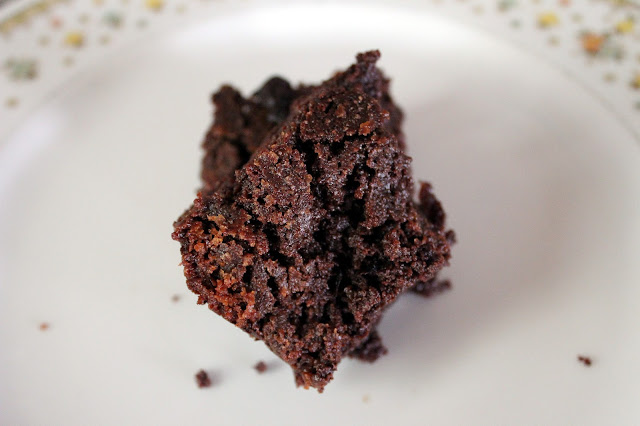 Let me give you a word of advice, don’t forget to add the sugar! But even if you do, it won’t be the end of the world, just the end of your brownies’ modeling career. 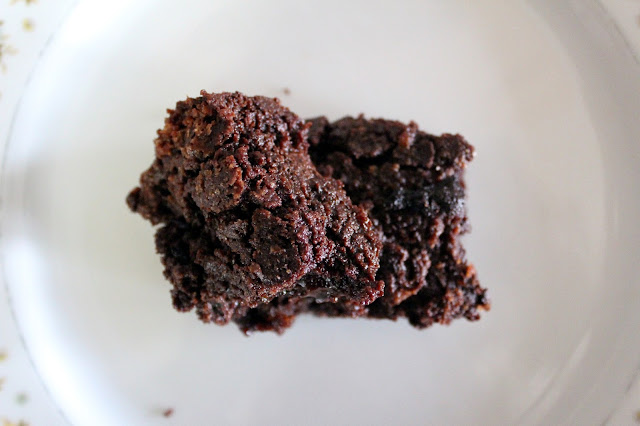 Preheat oven to 350 degrees. Line an 8 inch square baking pan with parchment paper, leaving some overhang and set aside.

In a double broiler or heavy bottomed saucepan melt butter and 6 ounces chopped chocolate, stirring constantly. Once melted, remove from heat and whisk in sugar. Whisk in eggs, one at a time. Then whisk in cocoa powder and salt. Gently fold in sifted flour and remaining chopped chocolate.

Pour batter into prepared baking pan and bake until set, about 35 to 40 minutes. A toothpick inserted into the center should come out with moist chunks.

Let cool for 15 minutes then gently lift brownies up with the overhang of parchment paper and let cool completely.