I’ve never thrown or hosted a birthday party before, but for my son’s 10th birthday I wanted to do something special for him. Elijah was so excited, I was super nervous. Spoiler: In the end, everything turned out great. 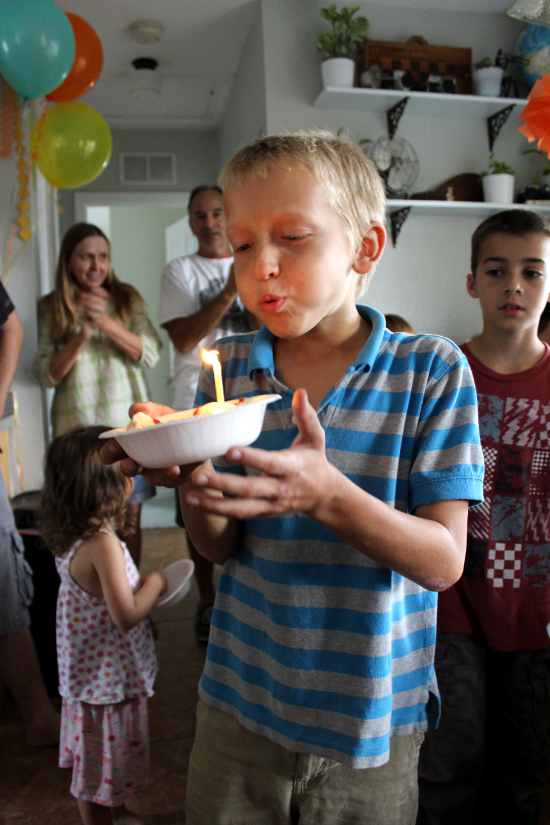 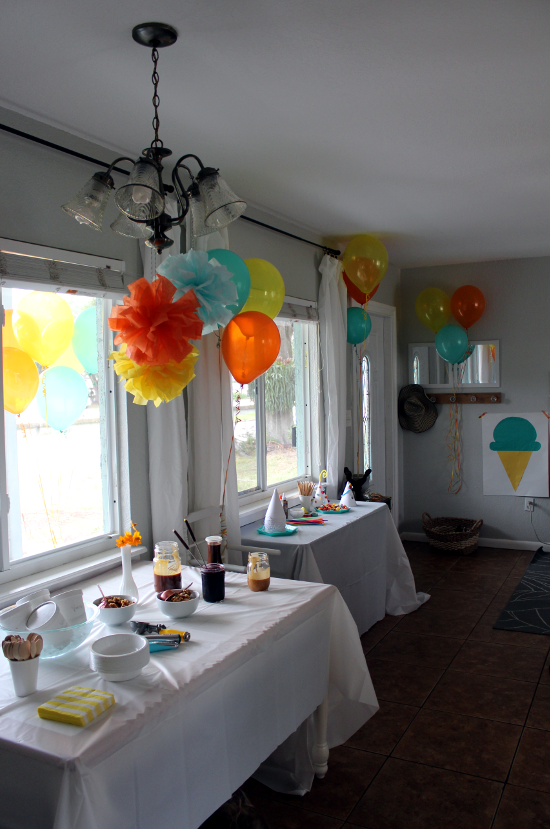 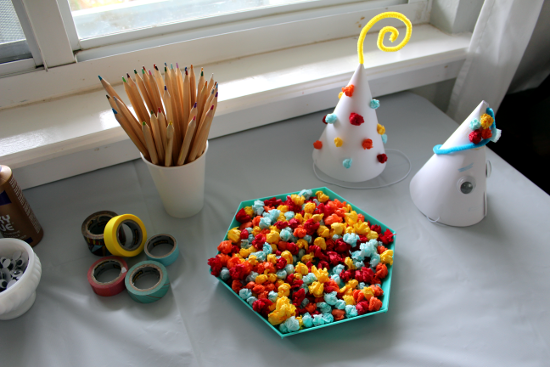 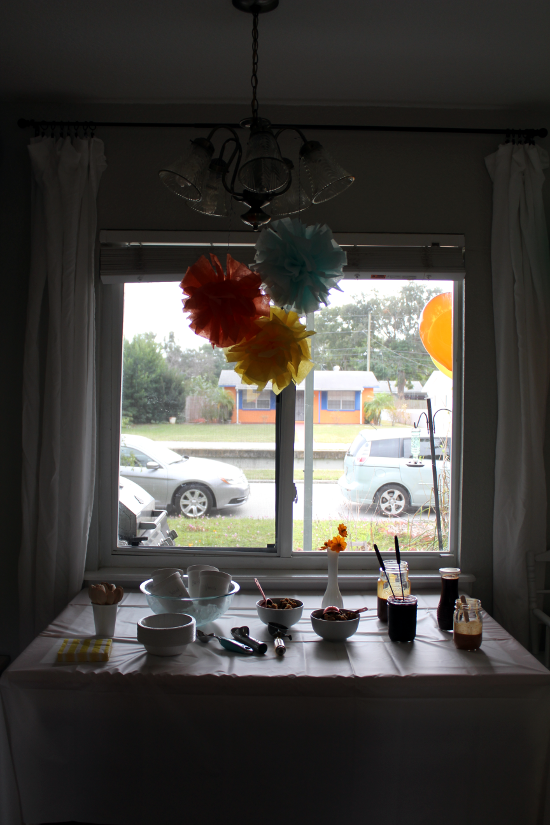 I used twigs for the pinwheels instead of dowels because, well, they’re free. There was also bubbles, pencils, lollipops, and glow-in-the-dark lizards, per Elijah’s request, included in the goody bags. 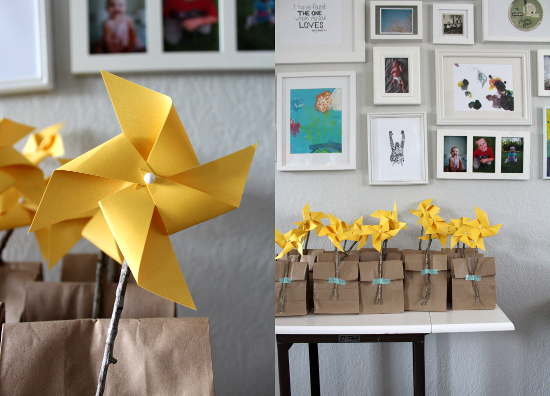 Keeping with the ice cream theme, I cut out an ice cream cone shape (inspired by Oh Happy Day’s ice cream printable) out of wrapping paper and card stock and glued it to a poster board for a DIY pin the cherry on the ice cream cone. I printed out free clip art cherries and had the kids write their names on them before pinning tapping them to the ice cream cone. The game proved to be pretty unchallenging for a lot of the kids, but I like to think they had fun anyway. 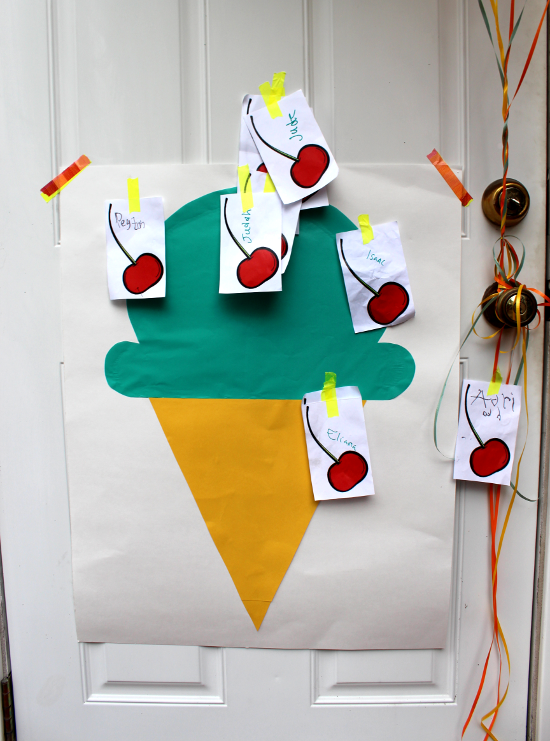 I started preparing the ice cream and toppings about two weeks in advance. In total, I made 23 pints (about 8 quarts) of vanilla, chocolate, salted caramel and butter ice cream and stored them in Sweet Bliss Containers. 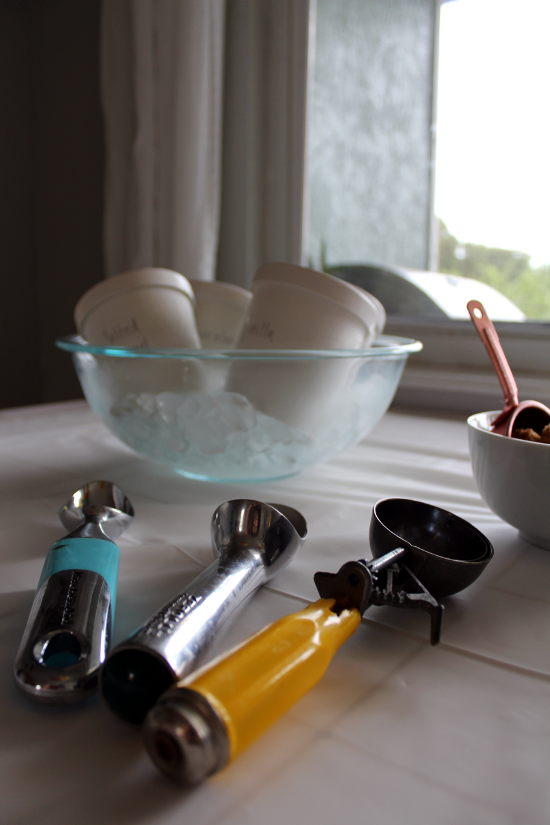 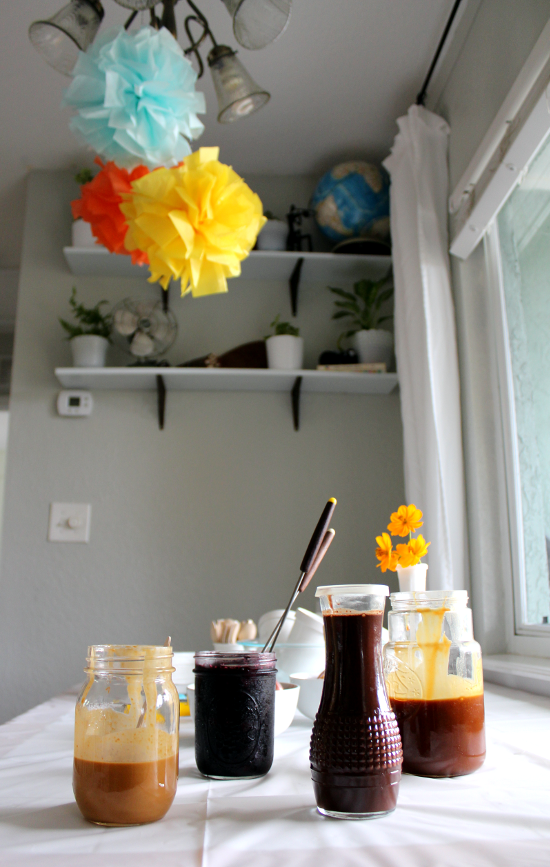 For the toppings I made Jeni’s oatmeal crisp, Momofuku Milk Bar’s pretzel crunch, roasted cherries (again from Jeni’s Splendid Ice Creams), caramel, chocolate, and caramelized white chocolate sauce. I made way more than we actually needed, but I think it is better to have extras than to not have enough. 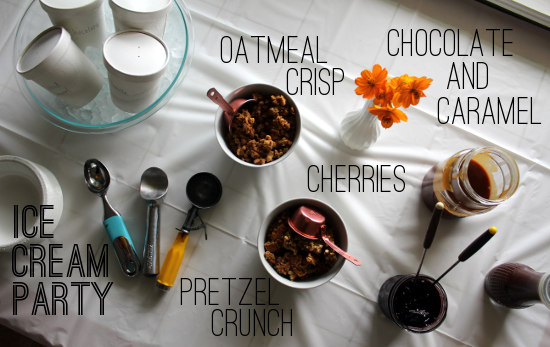 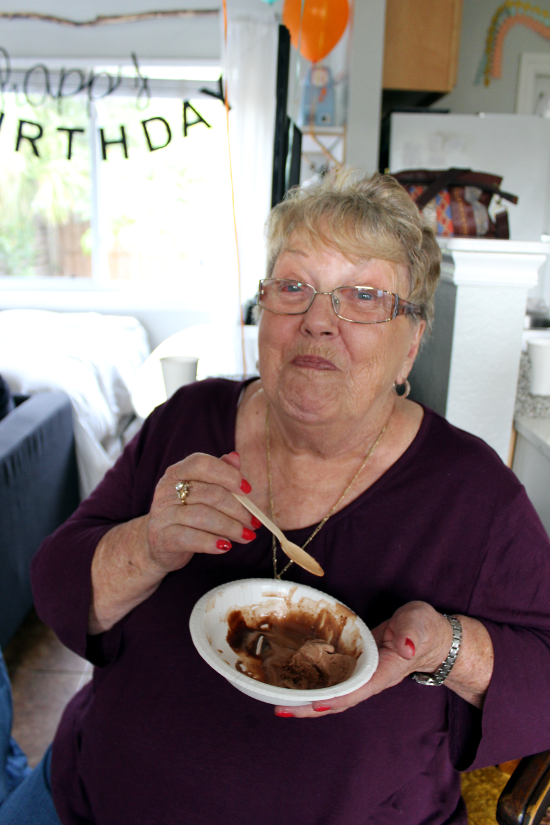 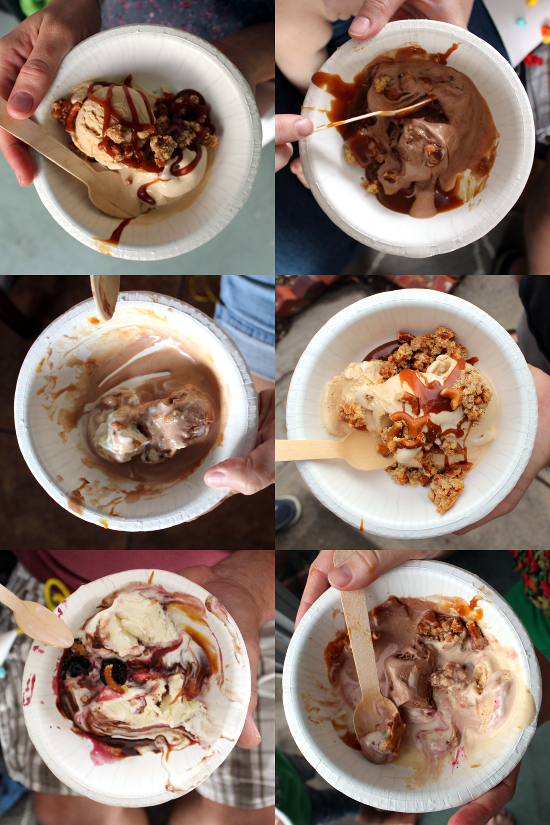 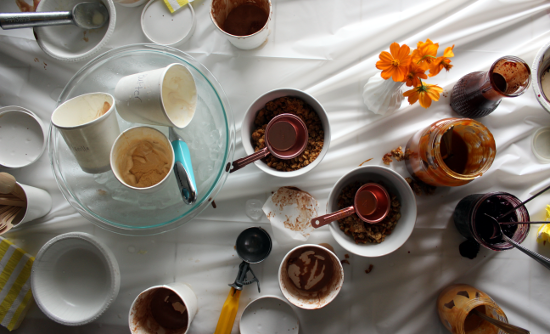 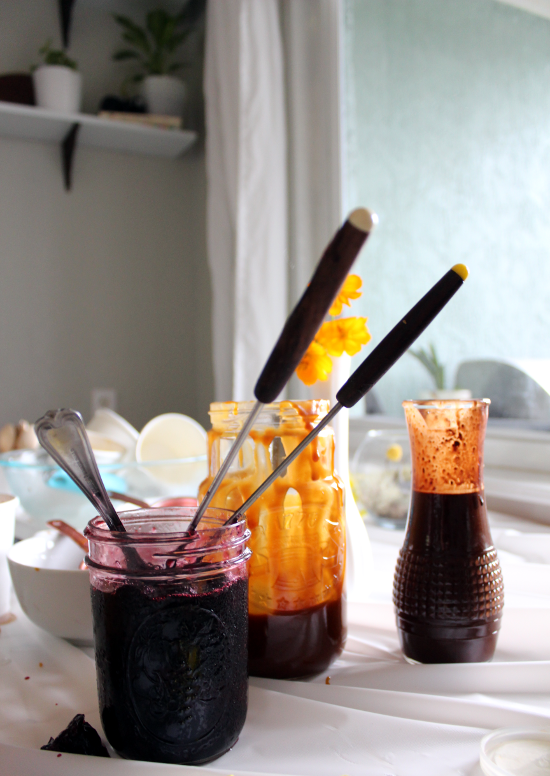 So I survived hosting a birthday party in our small home that my son and his friends actually enjoyed. That’s a win in my book! Tomorrow I’ll be back to share details of the party hat station, which was a blast. 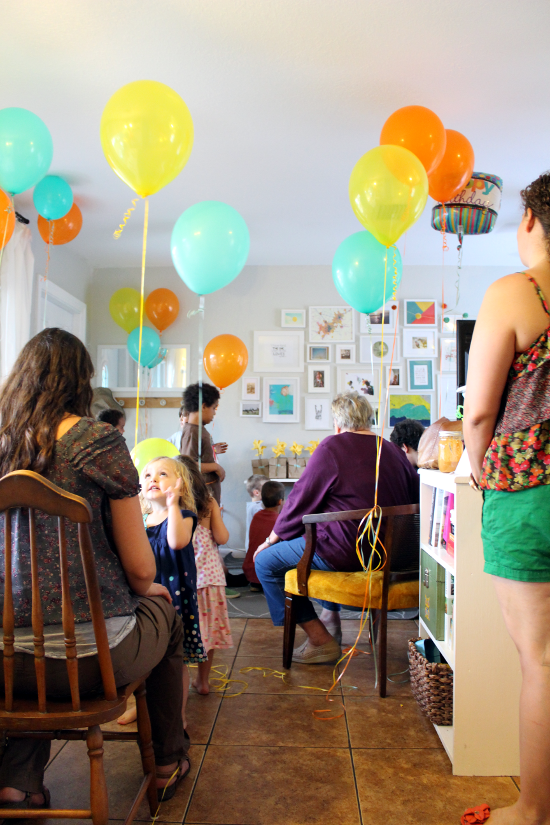