You guys, I’m ecstatic. After nearly a year of living with our couch propped up on building blocks, it is finally fixed and back to normal. 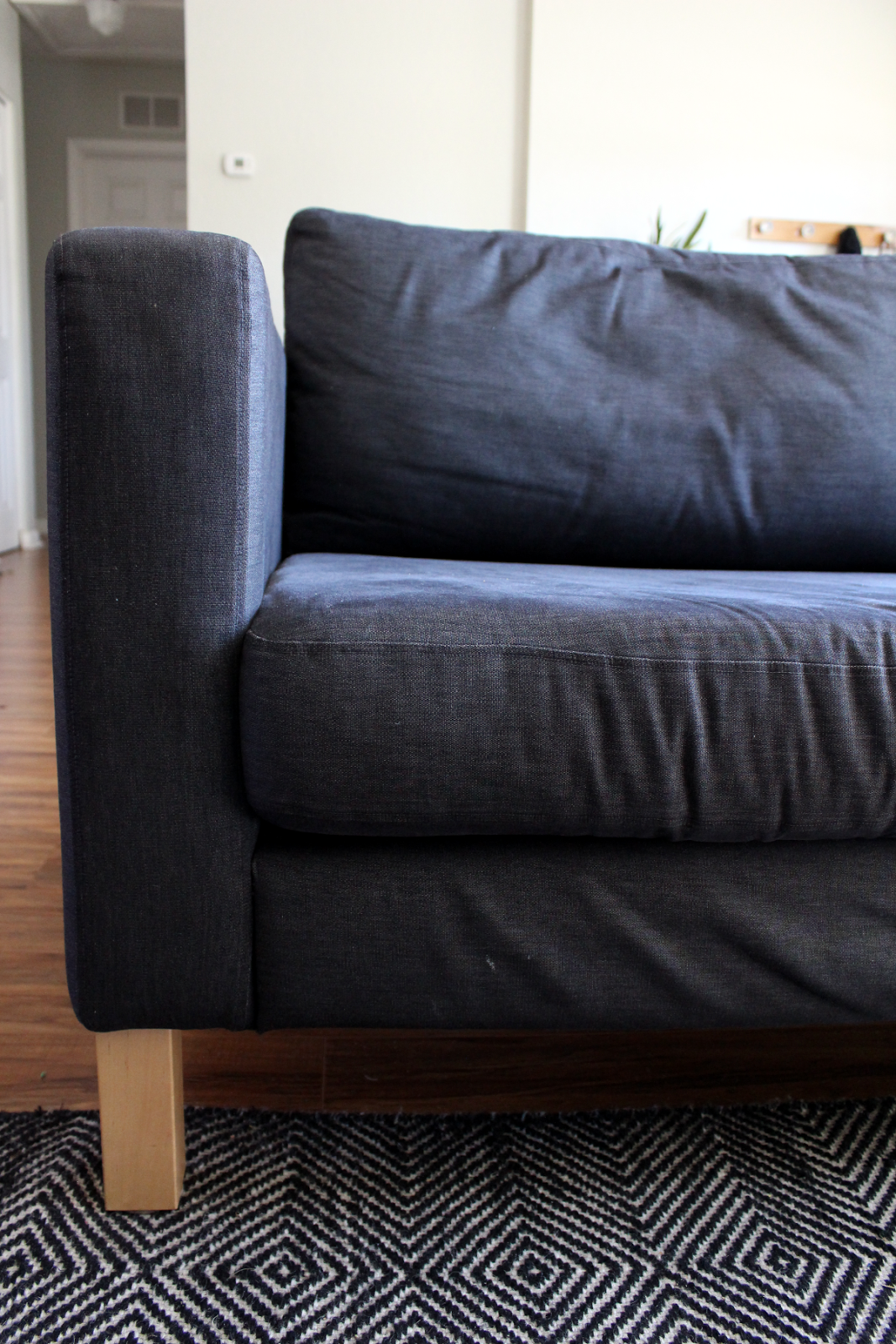 After asking an IKEA employing if they sold replacement couch arms, I had lost all hope of ever repairing it when she answered no. Since I had already attempted to fix the arm myself with no success, I had hesitantly accepted that until we could replace our couch, we would live with a broken one.

Until I was back at IKEA to return pieces of the closet system. I decided to ask the woman at the returns center if they sold replacement Karlstad arms. She went to check and came back with a replacement arm in hand. I was elated. They charged me $20, which is much easier to swallow than the price of a new couch.

Of course replacing the arm went from a twenty minute task to nearly two hours, but that’s par for the course when it comes to all things IKEA, right? 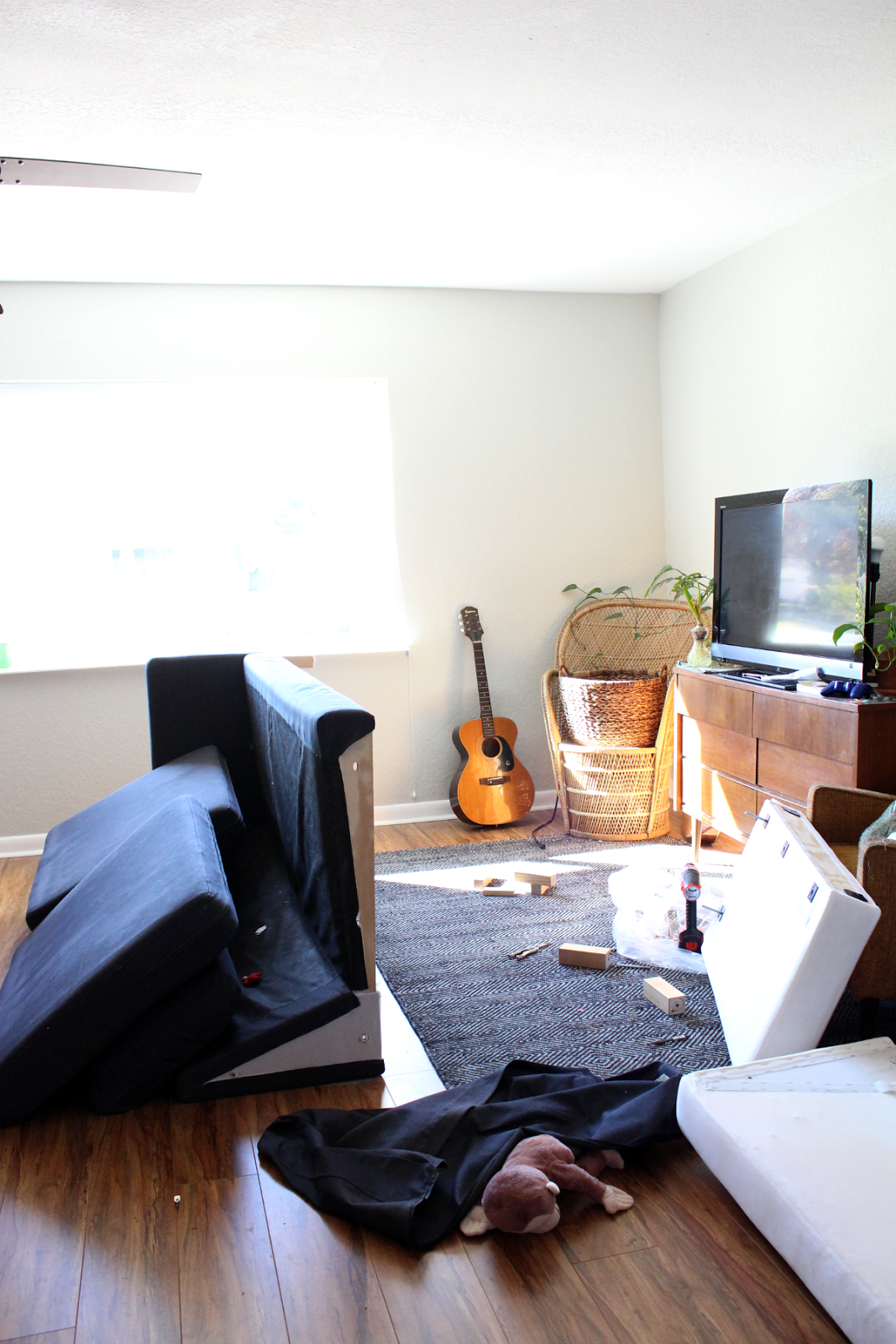 Needless to say, we’re happy the days of constantly propping the couch up on building blocks are gone. Although I do have to ask; has anyone noticed how stinky new furniture is? Or is that just my pregnancy super nose?