As some of you may already know, Elijah and Eliana share a bedroom. While I was eight months pregnant with Isabelle, I hung some frames together on their wall and called it a day. I recently switched out some of the “art” so I thought it would be an appropriate time to show you their gallery wall. You may have gotten a peak of it when I shared pictures of Eliana’s toddler bed, but I’m here to show you the full details. 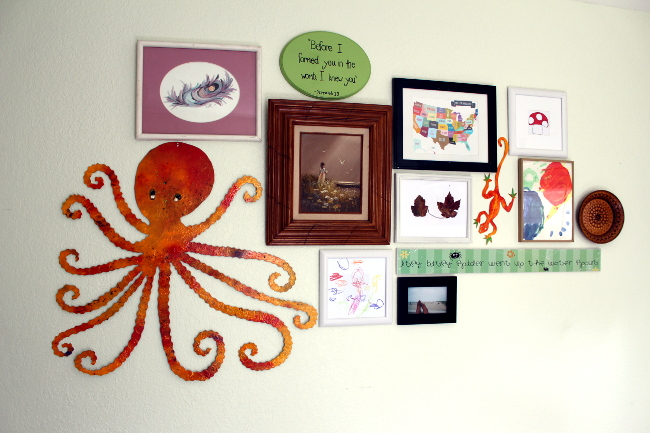 I’ve always been torn between gallery walls with mismatched frames and ones with matching frames. Since I put up all white frames on a wall in our living room, I was itching to try my hand at mismatched frames. Everything hung on the children’s wall are things that have been collected over the years from either gifts, hand-me-down’s, or thrift stores with the exception of two frames I bought at Michael’s for something like $2 a piece.

For instance, as a young teenager one Christmas, I asked my parents for a live octopus. Instead, they opted for this painted metal octopus instead. I’d be lying if I said I was a little disappointed but as it turns out, there is no risk in killed this big guy… so it is for the better. 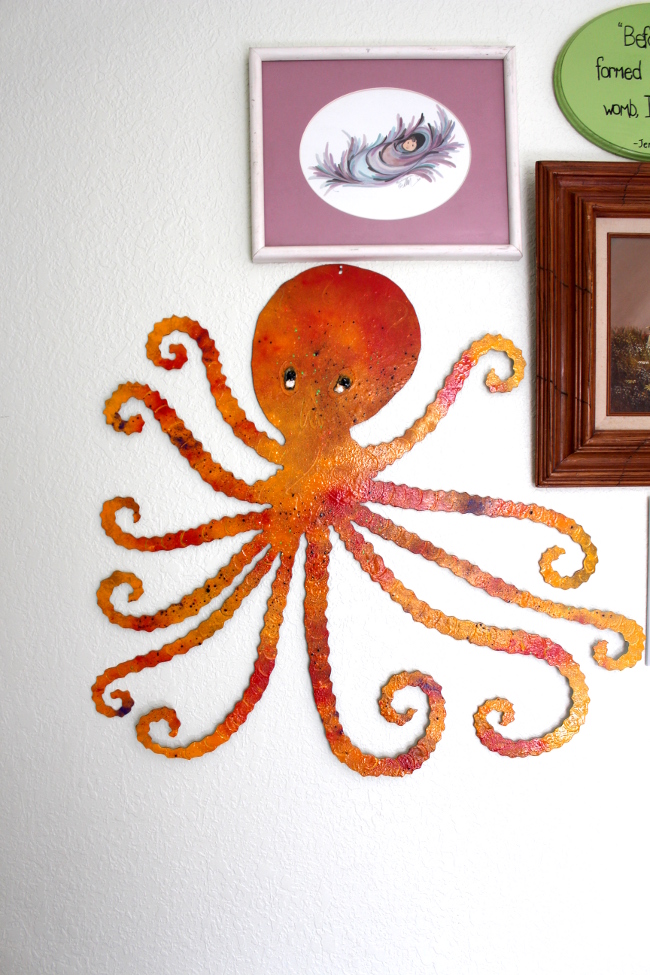 A year after receiving my faux-pet octopus, my parents went ahead and bought him a lizard friend. They are both from a local artist that sets up camp at the Saturday Morning Market in downtown St. Pete. 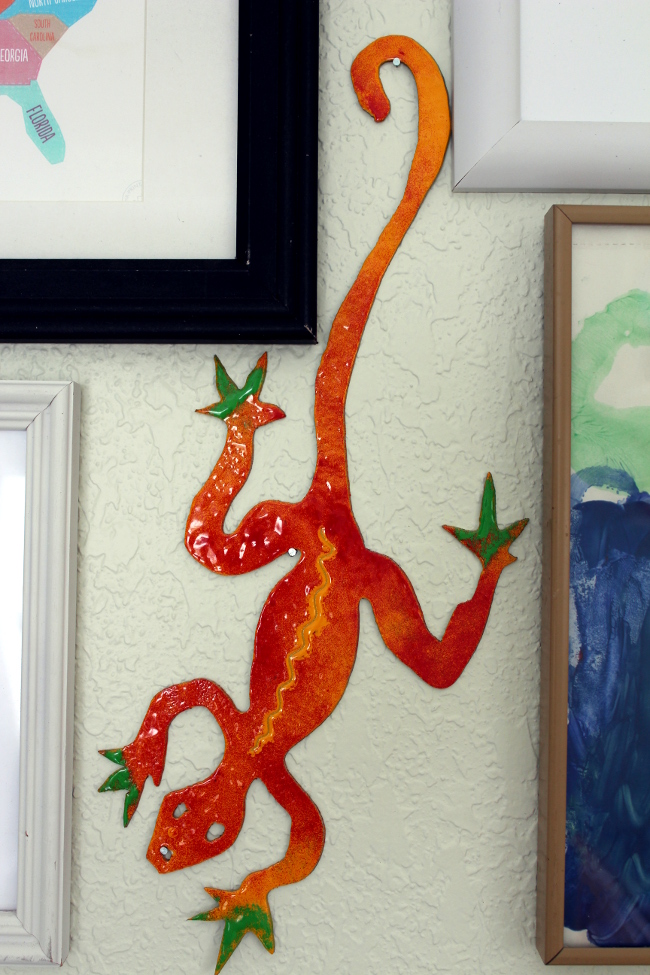 Oh and that painting hanging above the octopus is P. Buckley Moss painting that hung in my nursery. My grandma, mother, and aunt are all fans of her work and if I remember correctly, my grandma was  friends with her. So much so that my aunt has a few paintings with “For [insert child’s name here]” inscribed in it for each of her kiddos. Okay, I understand I went off track there.

My aunt passed down this painting to us when Eliana was born. I am pretty sure this, along with the P.Buckley Moss painting, are the only pieces of legitimate art that we have possession of. Oh yeah. 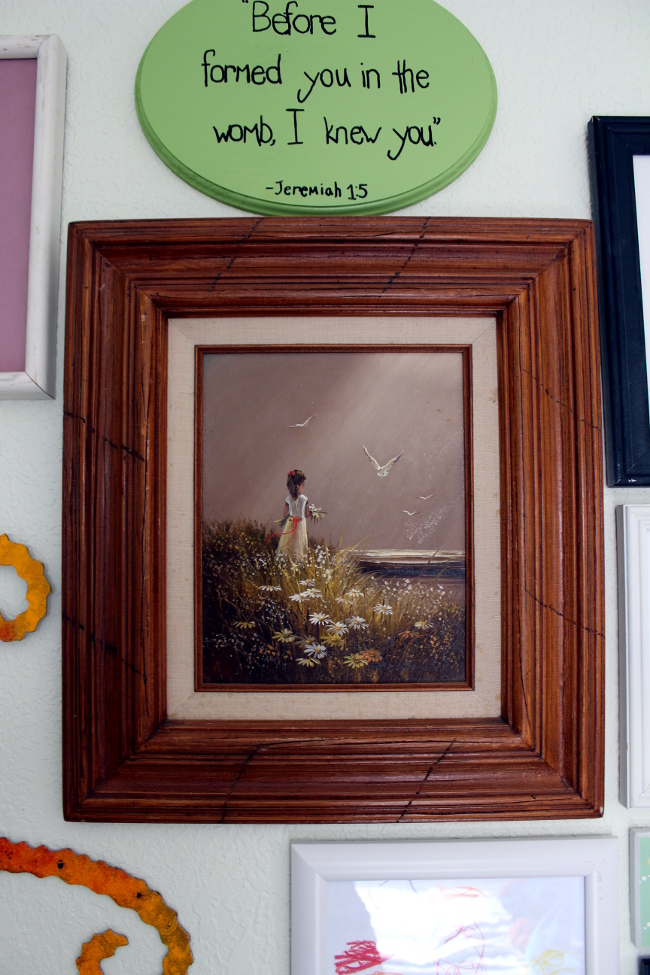 Before taking these pictures, I hung this carved wood plate-thing that Philip scored at an annual neighborhood-wide garage sale two years ago. 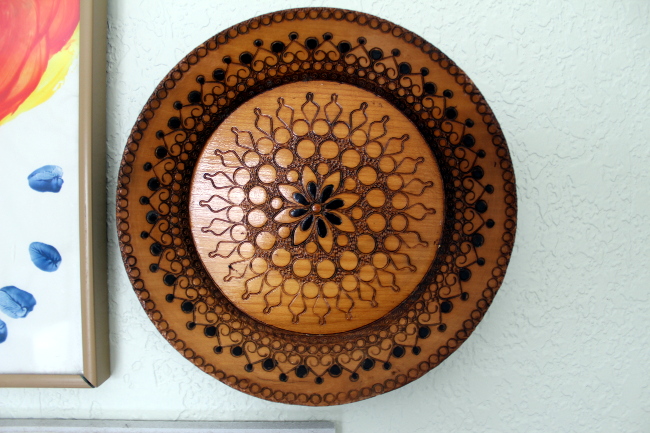 I also switched out some art (another P.Buckley Moss painting (sorry, mom!) and an “E” that I cut out of a paint chip) with Eliana’s coloring masterpiece… 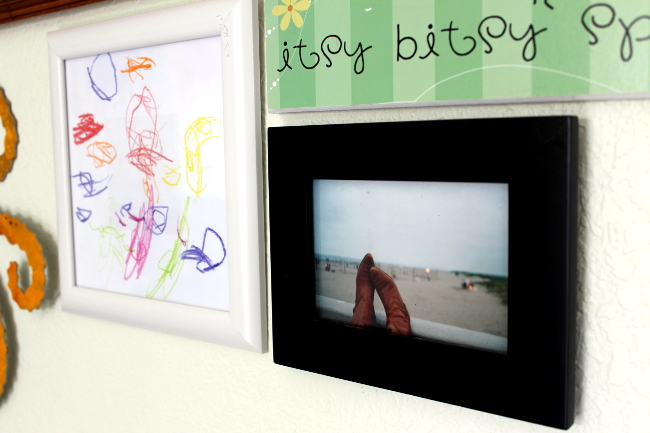 and Elijah’s fingerpainting masterpiece. They are my favorite. 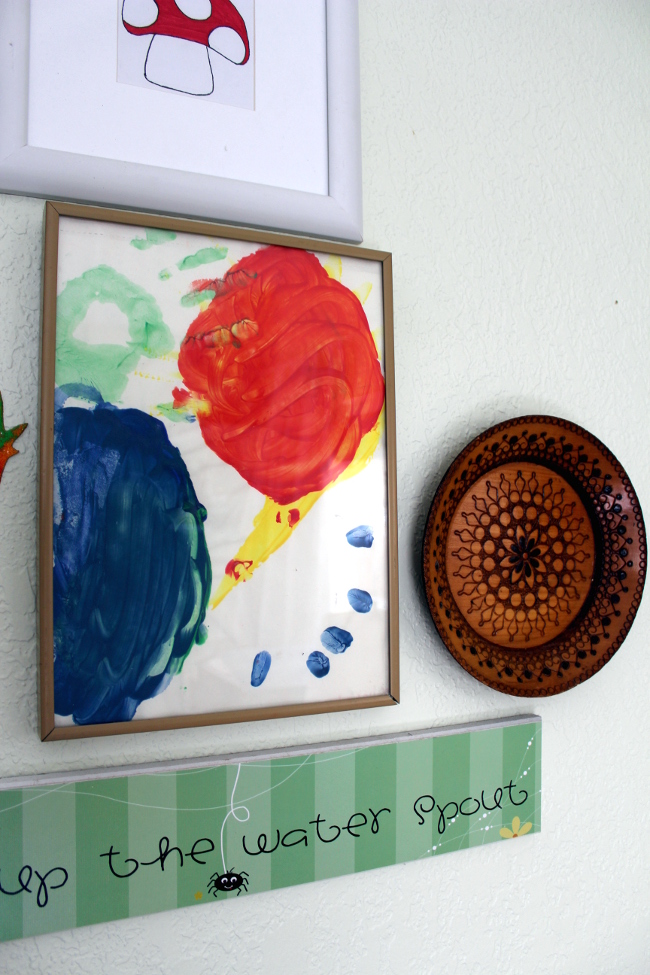 Since I didn’t want the collection to be too girly or too boyish, I tried to find a nice mix. For instance, there is a lot of gender-neutral things, such as the itsy bitsy spider, and bible verse that I made for them. I know, I should stick to typing due to my shaky handwriting. 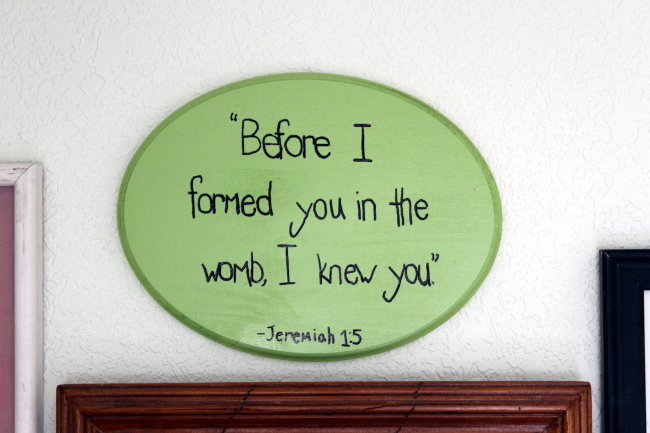 But hey, in my defense, I drew Elijah that Mario mushroom, and it’s not too shabby. The trick to making mismatched gallery wall’s work, is to repeat some of the tones throughout the collection. As you can see I have a lot of repeating colors. So I have two black frames, two orange animals, multiple wood tones and plaques, and white frames throughout. 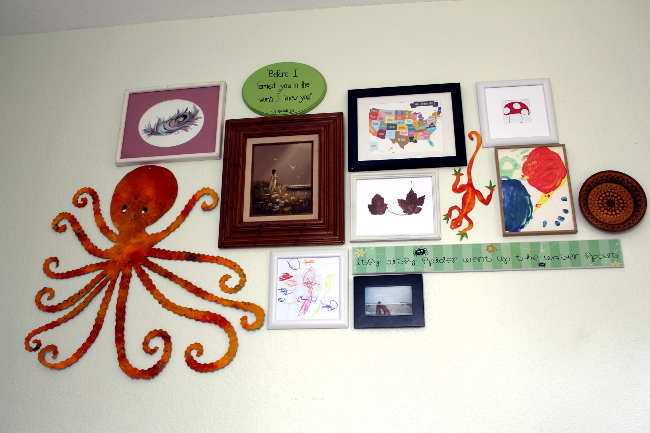 On a final note, it does still need some work… reprinting the free map printable to a fitting size would be a start, along with touching up the paint in that black frame and finding a more appropriate picture to frame instead of a photograph of my boots, but for now it works and is carefree like my little ones. 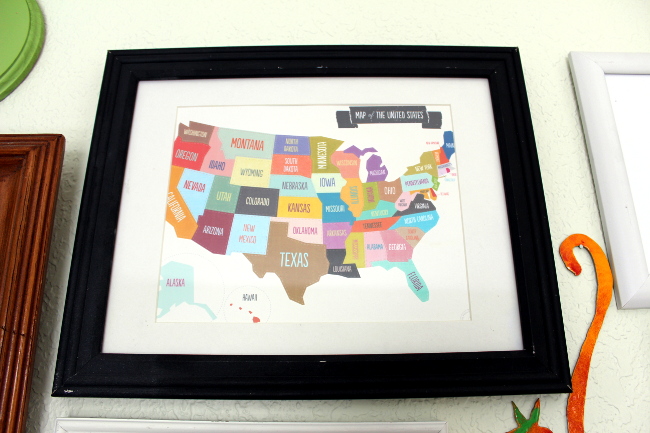 p.s. This is Eliana trying to take a fork to a frame. 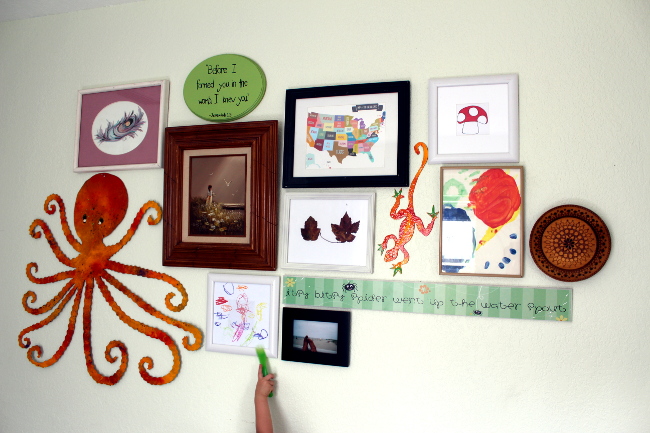 p.p.s. She thought it was yummy.