It’s been a little while since I’ve shared an ice cream recipe, but rest assured, I have a recipe that is sure to please. Now listen, I’ve never tried rhubarb before this, but it was sitting so pretty in the produce aisle I just couldn’t not pick it up. I know, double negative, give me a break. I had a hard time choosing between making a rhubarb pie or mixing it in ice cream. Obviously, I chose the ladder, and I am not disappointed. 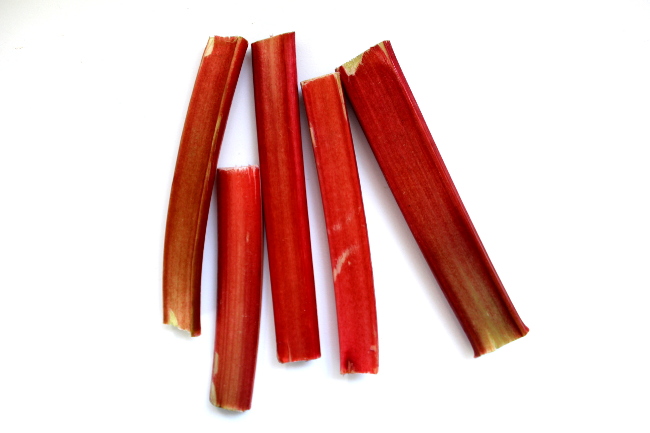 I understood the basic concept of rhubarb, it’s tangy and not to be eaten raw. So with some sugar, I baked ’em until they were nice and broken down. 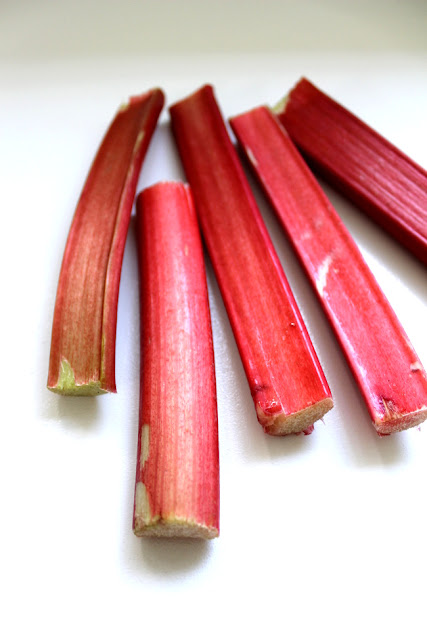 I used the tried and true egg yolk method for the custard base, with the addition of cream cheese. Yes, I’m a sucker for a good corn starch ice cream base, but I was feeling the need to add some good old fashion omega-3’s to this fruity desserts. 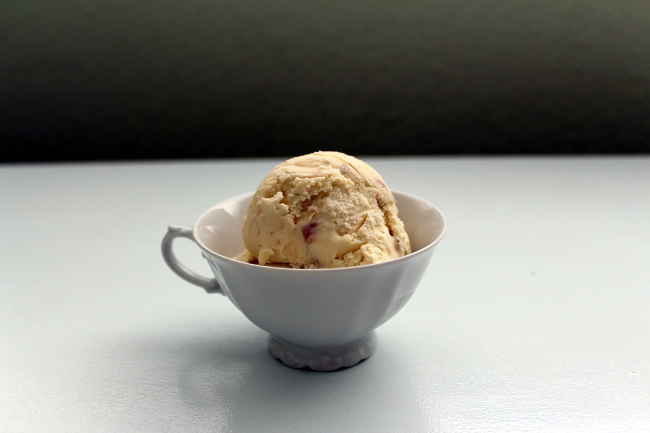 This was back when my chickens were being generous with their eggs. Yes, they’ve decided to stop laying last week. Looks like I’ll be needing to have a sit down with them soon. 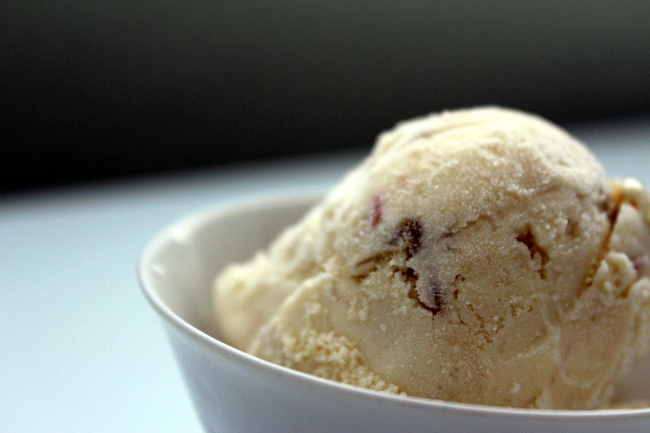 It is now safe to say that I am a fan of rhubarb. I will inform you though, that it is sort of stringy. Not stringy in a bad, get stuck in your throat kind of way. But if you are a “texture” person, I recommend straining the baked rhubarb to be free of any strings. You get it? Like, no strings attached?! I know, clever. 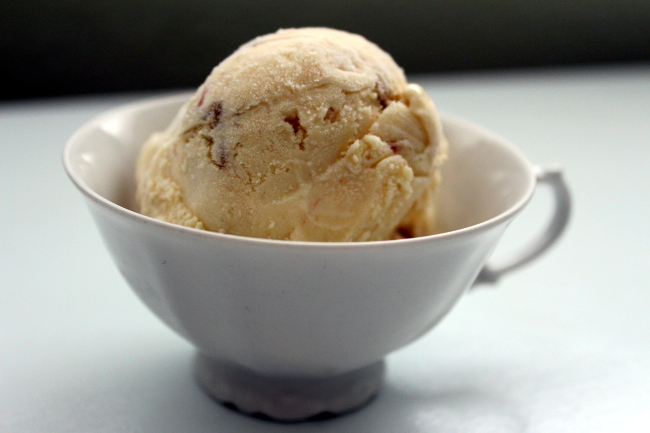 Preheat oven to 300 degrees. Combine the rhubarb and sugar in 8-inch baking dish, mixing well. Bake for 45 minutes, stirring every 10 minutes. The rhubarb should fall apart. Set aside until cool, then chill in refrigerator.

Place the cream cheese in a medium bowl and whisk until smooth.

Combine the milk, cream, and sugar in a medium saucepan. Bring to a boil over medium-high heat, boil for 4 minutes. Remove from heat.

In a separate mixing bowl, whisk together the egg yolks until smooth. While whisking vigorously, slowly pour the hot milk mixture into egg yolks. Return to saucepan and heat over medium-low heat until the mixture is thick and coats the back of a spoon, 2 to 5 minutes.

When the custard is chilled, churn in an ice cream maker according to the manufacturer’s directions. During the last 5 minutes of churning, pour in the baked rhubarb to incorporate. Pack the churned ice cream into a freezer safe container and let harden in the freezer for at least 1 hour.