It’s officially fall which makes me officially late at posting this recipe. I considered not even sharing it, since you know, corn is technically not in season any more – but I couldn’t resist you guys, it’s that good. See how I just used that dash right there? Yeah, I have no idea if I’m using it correctly, so bare with me while I relearn what clauses and conjunctions are. I’m a blogger guys, not a punctuation major. 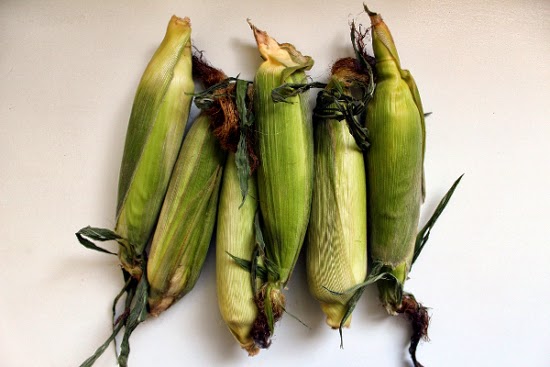 This recipe requires a significant amount of prep work: cutting the corn, mushrooms, kale, garlic, and scallions. The corn is by far the messiest, it basically flies off of the cob while cutting it. If you can’t get your hand on fresh corn on the cob, frozen corn works just fine – I’ve used ’em both in this recipe before. Was that the proper way to use a dash? 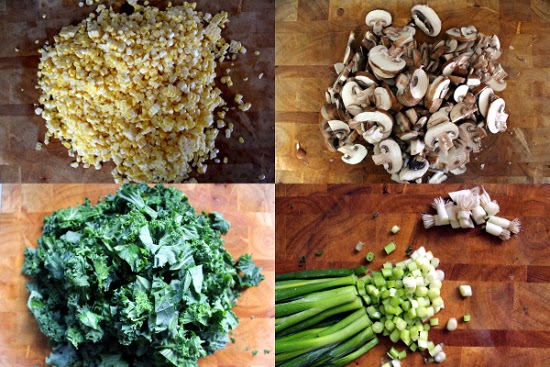 Once everything is prepped, the cooking process goes by rather quickly. The bare corn cobs are placed in water to boil with the noodles while the other veggies saute in a large pot. The corn cobs flavor the pasta water, so remember to reserve some of the water before draining the cooked pasta to add back to the final dish. If you are like me and forget every single time, just use plain water or chicken stock instead. 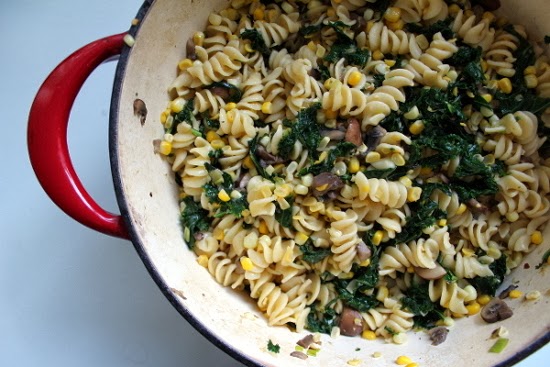 Since I live on the edge, I like serving this dish with Parmesan cheese – because cheese makes everything better, am I right?! 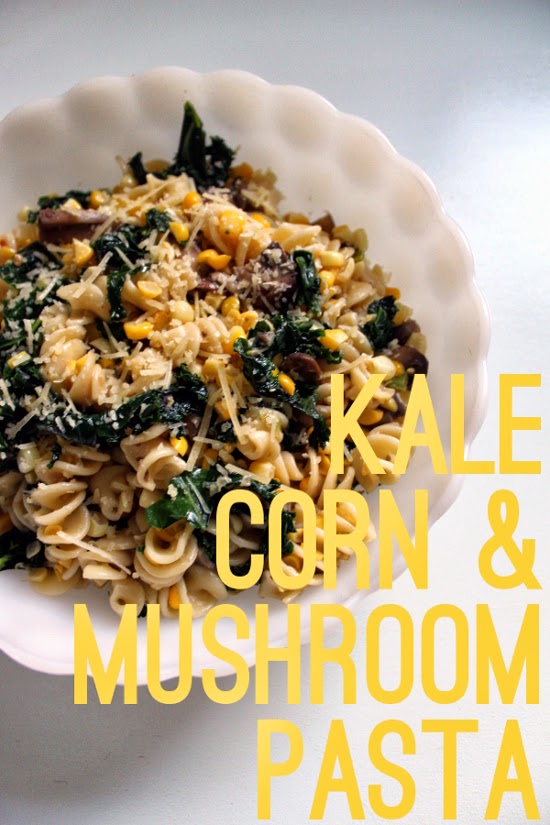 Slice the corn kernels off of the cobs and extract the milky liquid into a bowl using the back of a knife; set aside. Place the corncobs in a large pot and fill with water. Bring water to a boil and cook the pasta according to the label; reserve one cup of the pasta water, then drain and set aside, discarding the cobs.