The rug I had ordered after selling our previous one came in last Friday. I was nervous – as in, really nervous – that I wouldn’t like it as much as our sweater rug. Thankfully I come baring good news – I love it! 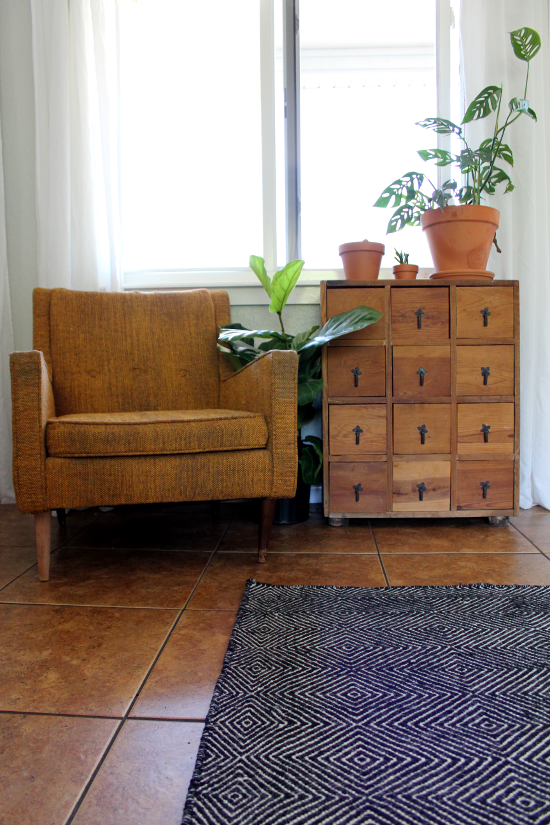 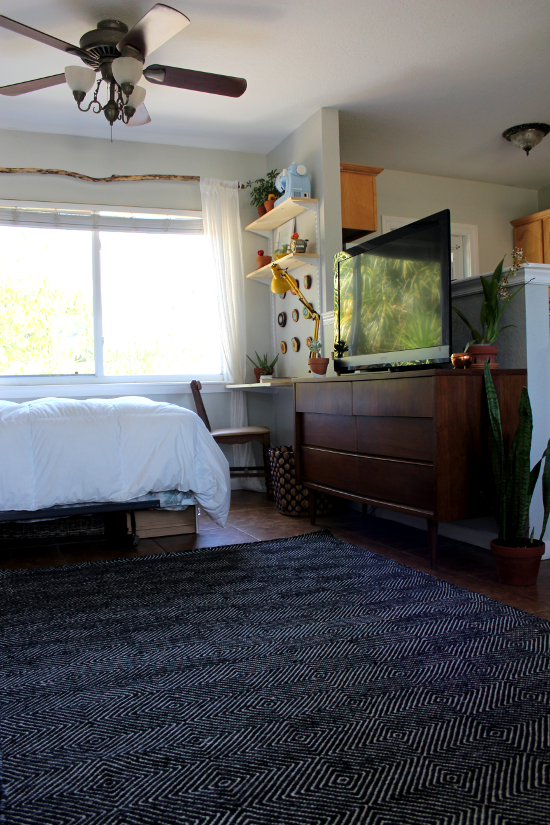 And can we just talk about how much better it looks with the couch. Those blocks holding it up just add extra flair, don’t you think? Of course this IKEA cover would still look great, but thankfully the blue undertones of the Sivik Gray don’t clash with this rug (the major deal breaker with the other rug)- which seems to be a true neutral black. 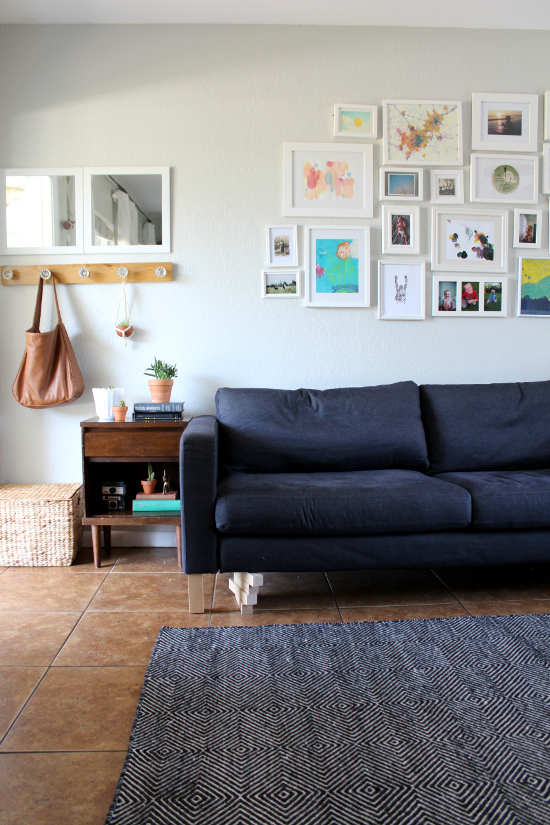 I will say that the pattern made me a bit dizzy at first, but I’m pretty used to it now. Also, the corners don’t seem to want to lay flat; hopefully a couple of heavy books will convince them otherwise. 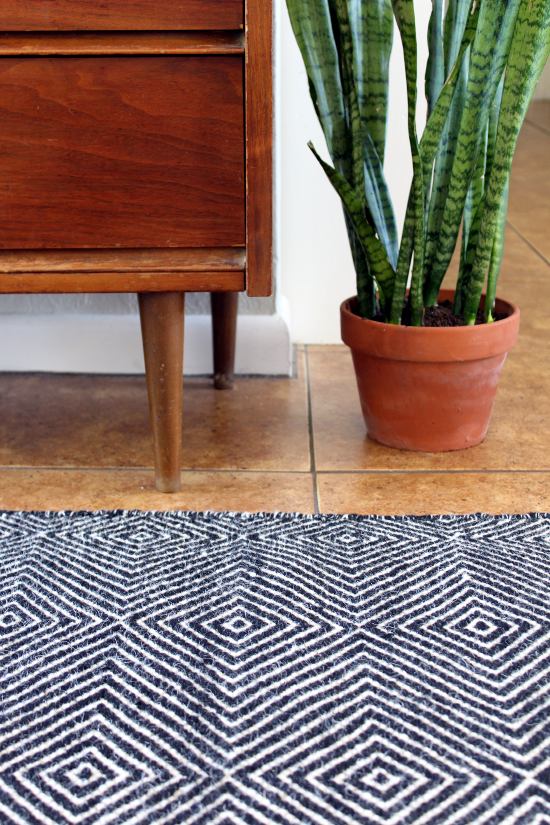 Overall, I’m ridiculous at making decisions. Really though, this new rug works better for our family. I can’t say I like it more than the sweater rug, I’d call it a tie, but it fits better with all the other furnishings. Tell me, what do you think?