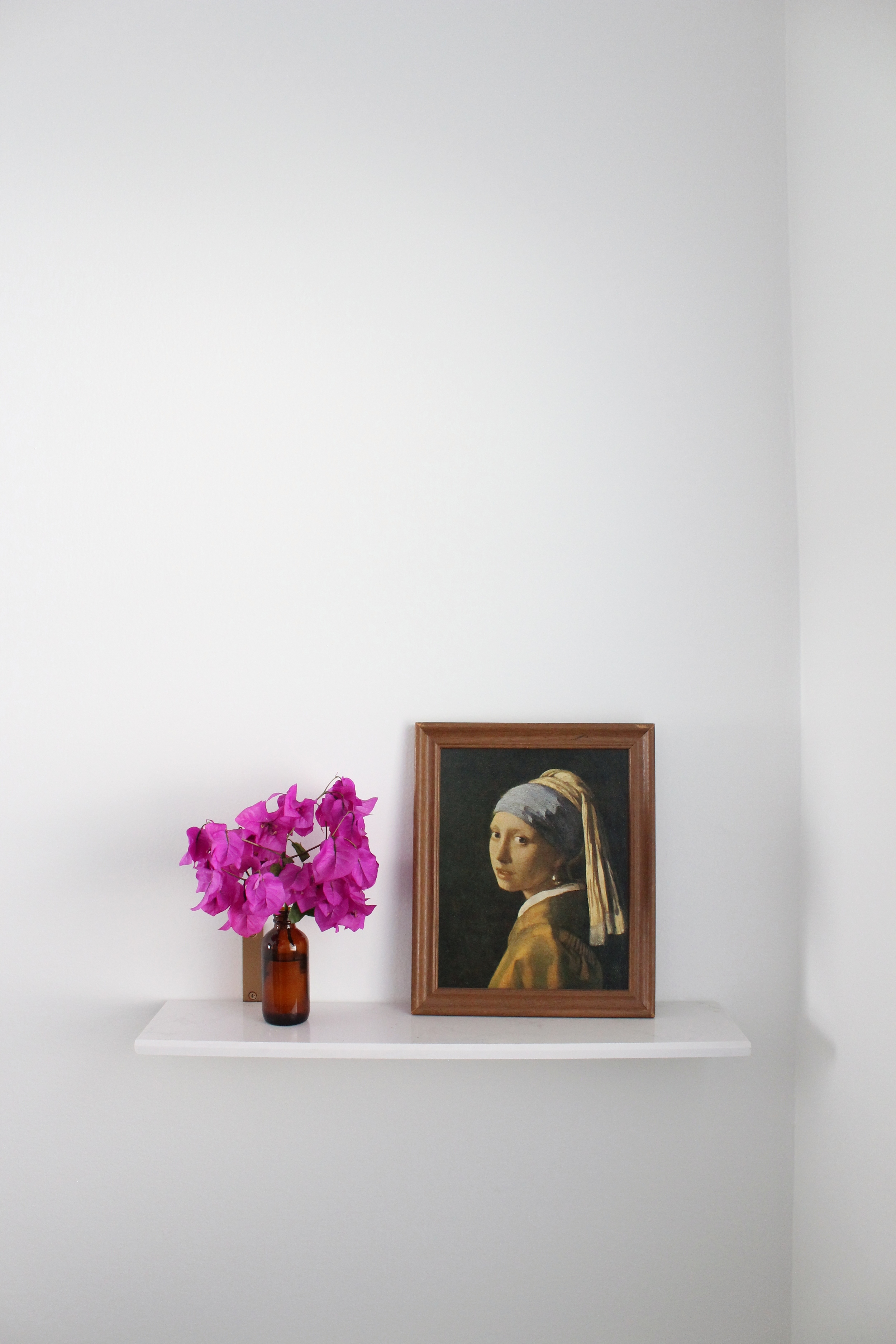 I had every intention to finish the mini refresh of the beige bathroom within one week – two, tops – but life happened and it won’t be finished for a little while. Before calling it completed we’ll need to repipe the house (thanks to a recent slab leak), which will require cutting out portions of the walls and ceilings throughout our house. This bathroom will need drywall to be removed in at least three places to access the fixtures. We considered just diving into remodeling the bathroom since we’ll already be paying a plumber and have the space torn apart but we quickly nixed that idea due to sheer exhaustion. Repiping through the ceiling, though, will make a remodel slightly easier in the future. 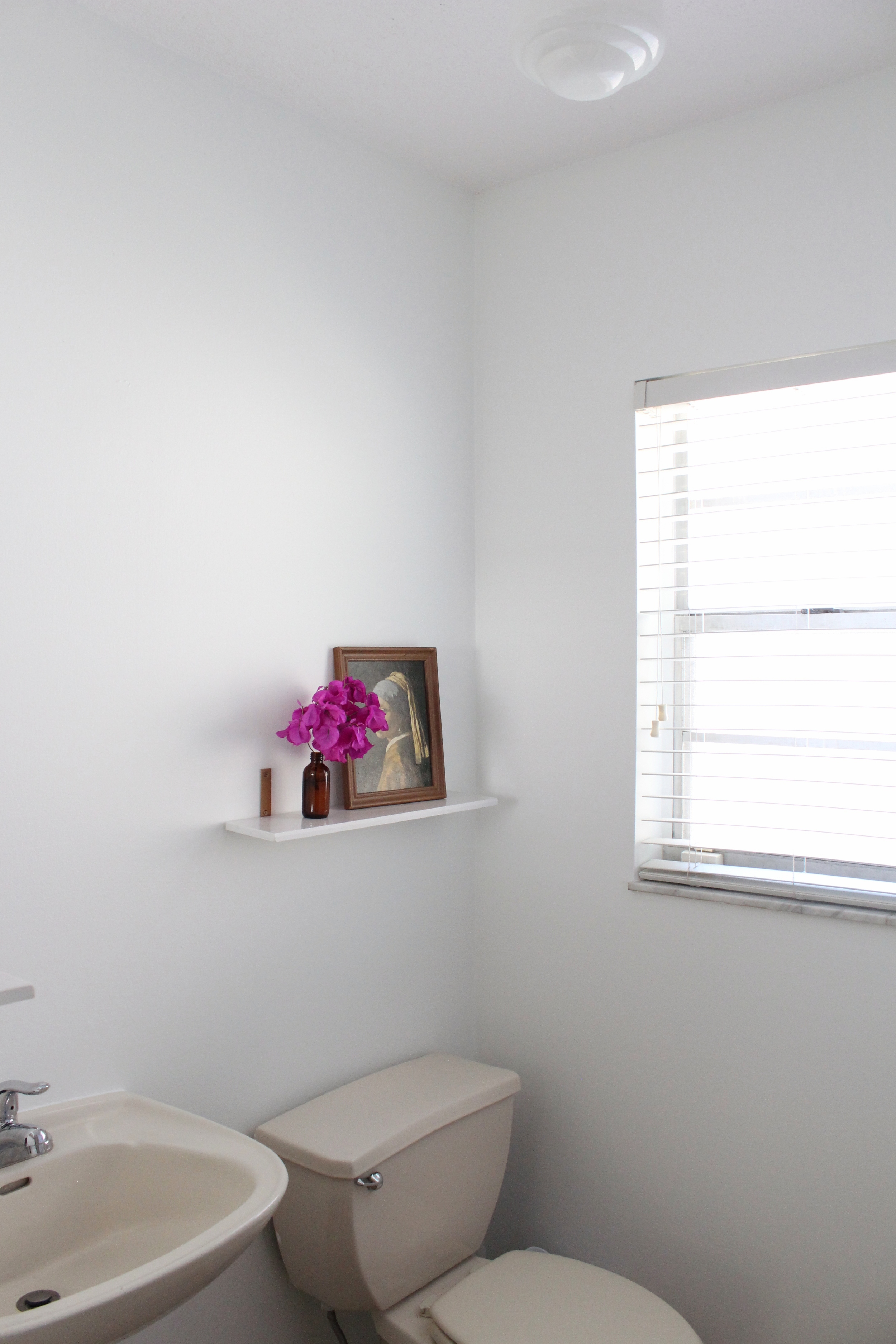 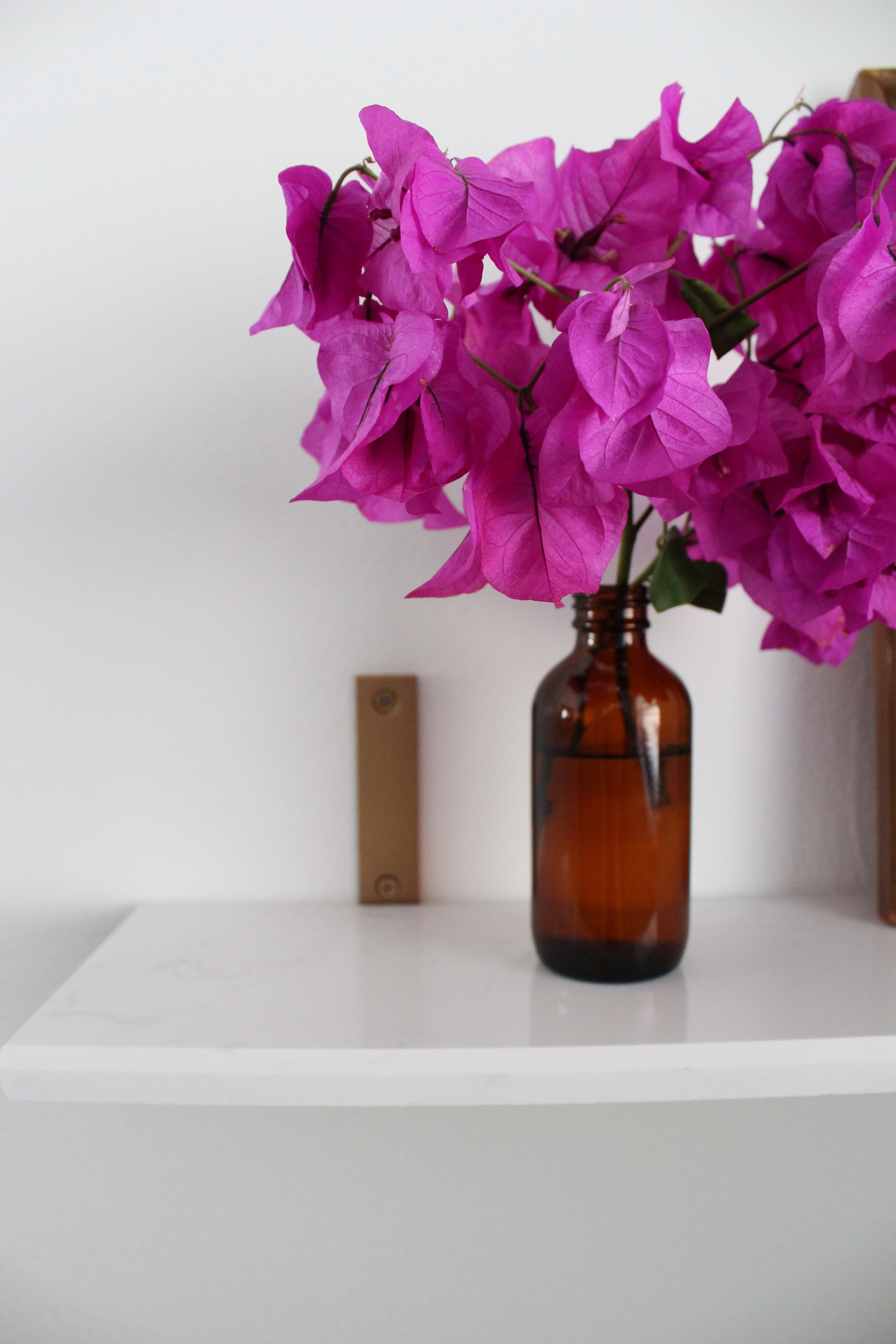 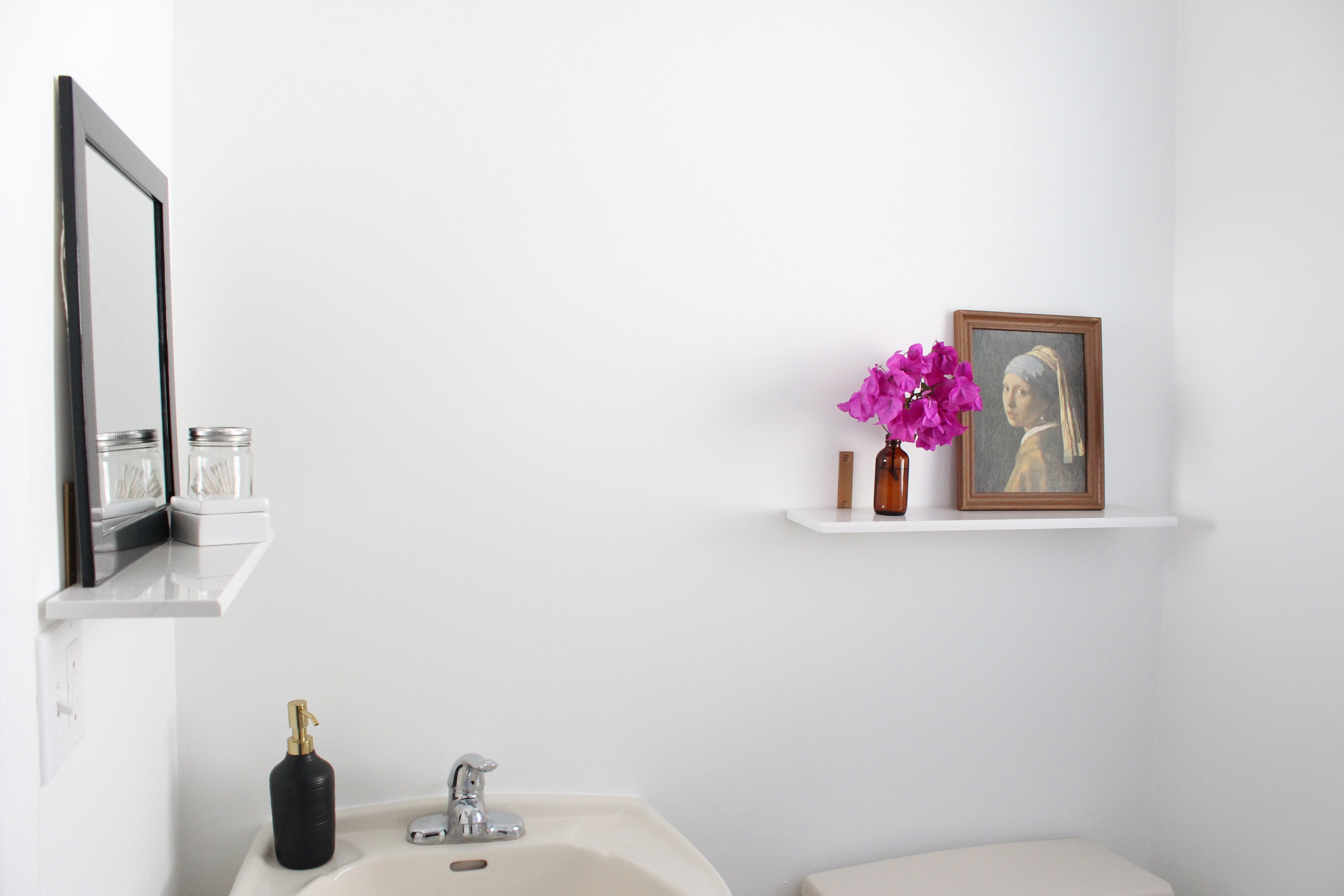 For now I was able cover the dark yellowy-beige with some white paint (which is more like a blue – read more about that here), install two marble shelves, and switch out the miniature ceiling fan for a proper light fixture. Despite the space still lacking functionality, it’s already an improvement. Once the drywall is repaired and repainted, I’ll install a wall of shelves to add some storage and function. I also would like to address the flooring and add some finishing touches, including important things like some towel hooks. I purchased a brass toilet paper holder but it is actually much darker than I was expecting, so instead I’m going to use an inexpensive toilet paper holder from IKEA and return the brass one. The last thing I need to figure out is a bathroom mirror. I have this $5 Target mirror leaning on a shelf for now but eventually I’d like something with a thin frame that’ll better fit the space. 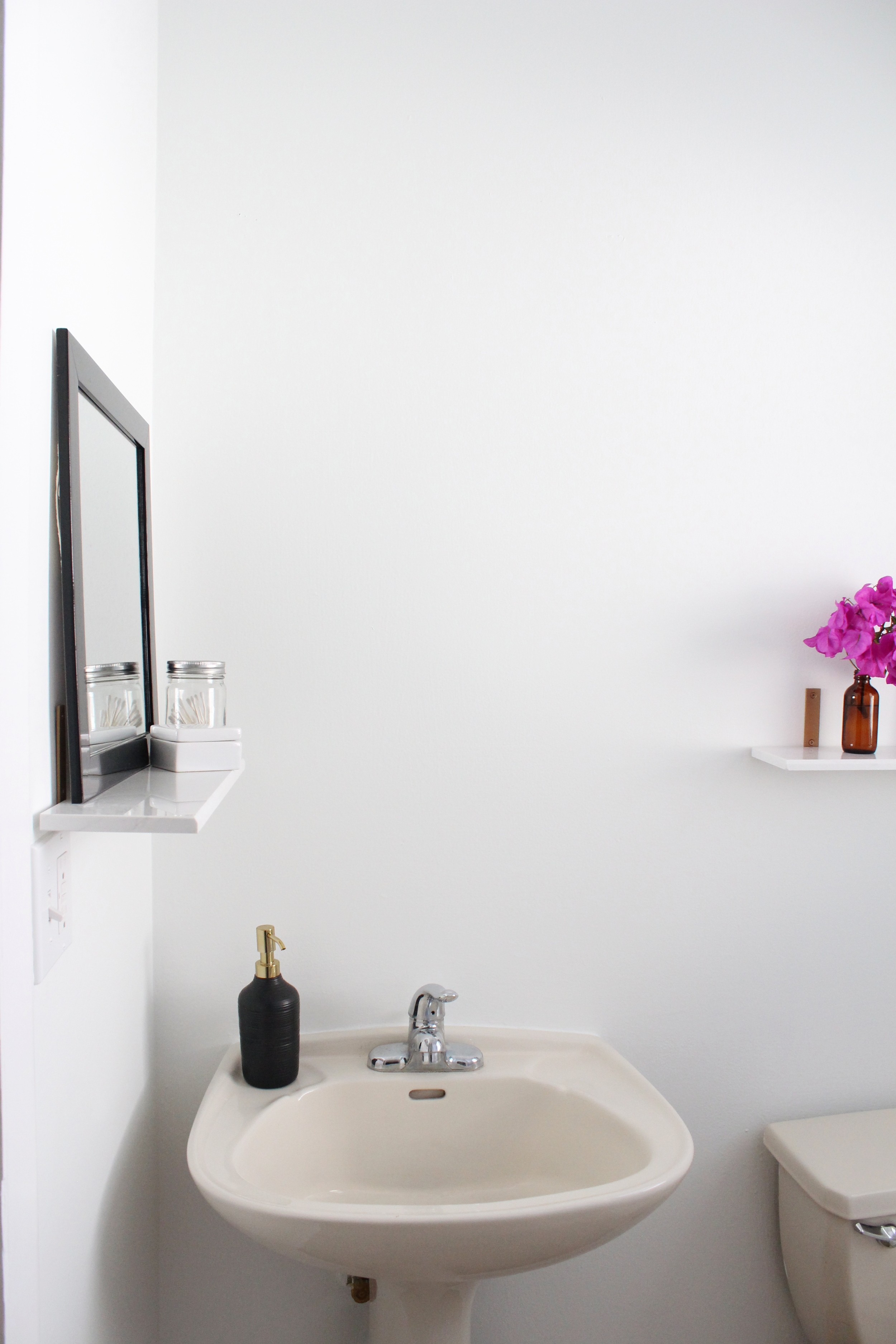 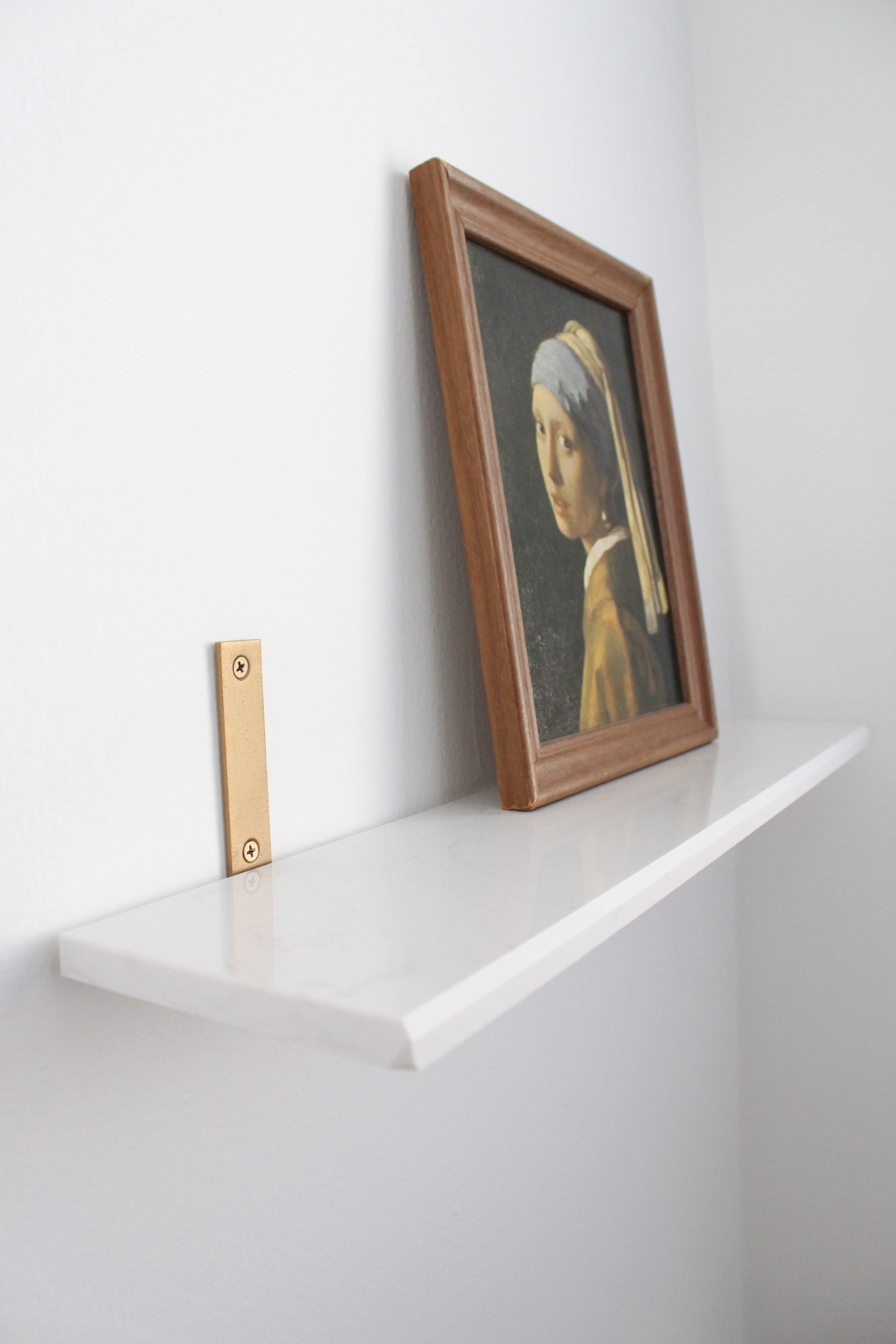 After that, the bathroom will be up to par until we’re able to do a complete remodel of the space. Until then, it’s a step in the right direction compared to what this bathroom looked like before.