I’m going a bit off topic from my usual posts these next two days to share something dear to my heart. If this isn’t your thing, I understand, come back next week for some fun DIYs.

I had always thought I would “snap out of it” and that I was just having trouble adjusting to taking care of four children, which never happened. In my experience, postpartum depression isn’t a constant state of sadness or even consistent; it comes suddenly on unpredictable days, showing up as either despair, irritability, and/or the foggiest of brain fogs – causing daily activities to feel nearly impossible. Other symptoms seem to stick around regardless of the day, like decision anxiety and irrational worry.

I want to mention that this postpartum depression was way different than the baby blues I experienced with both of my girls. When I found myself crying and feeling lonely when my first born Eliana was three days old, I had no idea why I was so sad and what baby blues even were. No one warned me. No one warned my husband. But those hormonal episodes passed after about a week and I was able to move on, prepared for what would come when I gave birth to Isabelle. With Isabelle, it happened just like it had happened before, day three hit and I was an emotional wreck. But that passed just as baby blues always does.

However, after Philip’s birth, these hormonal episodes were so much stronger, so uncontrollable. Instead of the sudden episodes of crying that would fade and turn into the usual amazement of admiring my baby, I was left with a general feeling of being down, or irrational worry about harm coming to my baby, or at times no emotion at all. Some mornings I would spend ten minutes crying uncontrollably when my husband left for work. It was ugly and so unlike anything I had experienced before. 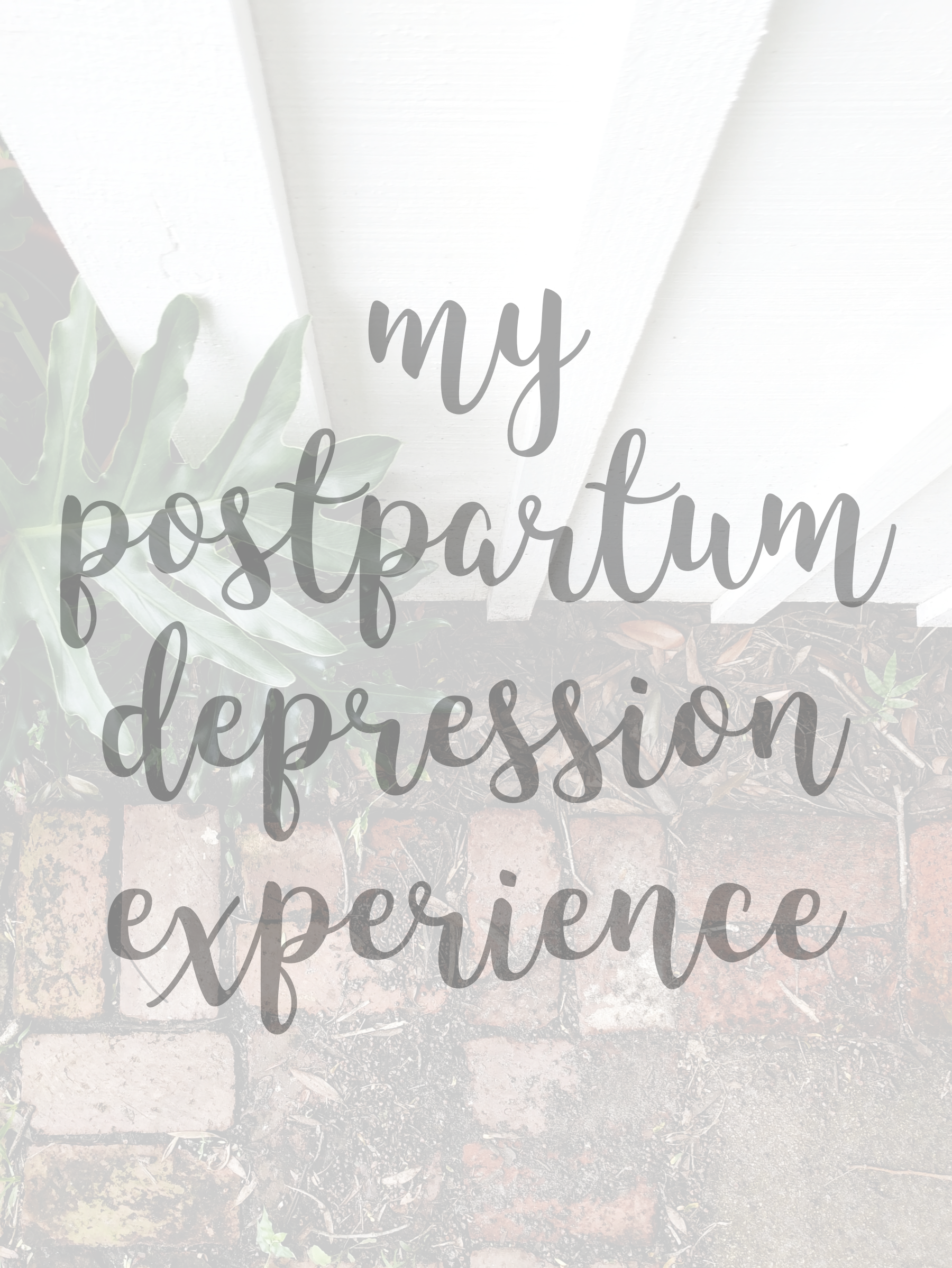 During those days of PPD, I had no motivation to do the things I once loved doing. I found no joy in baking or crafting or writing for this blog. It wasn’t until Philip was ten months old that I began to come out of the fog and recognized that what I had been going through was postpartum depression. Around that time, the desire to do the things I used to enjoy doing finally returned. I found myself motivated and energized again – when the baby slept, of course – and not paralyzed by my anxiety. It was at that point that I became intrigued with and began to pursue my hobby of spoon carving. Life went on; we eventually moved, I began to homeschool Eliana alongside Elijah, and Philip weaned from breastfeeding when he was around two years old.

Four months later, I found out that I was pregnant. When I was nearing my third trimester, I began to notice hints of those postpartum depression feelings. It wasn’t as strong as the PPD I remembered, but it was there nonetheless. I brought the suspicions of prenatal depression up to my midwife, who offered me encouragement and support. I shared some of my fears with my her, my fears with putting a name to depression, something I was always so hesitant to do. I feared that if I called it what it was, I would somehow become less capable of a mother or a wife. She, and my close friends, reminded me that depression does not define who I am as a person, that I am defined by who I am in Jesus.

Having had my pregnancy to come to the realization that I would most likely experience postpartum depression again and to prepare for what lie ahead, I can’t say I was surprised when PPD returned when baby Dennis was 2 weeks old. I remember waking up that morning with the familiar feeling accompanying me. The feeling of just feeling down followed by dread because today was the day my depression reared its head. After that, I would wake up some mornings never knowing what I would and wouldn’t be able to handle that day, because the feeling had returned. Then having despair and helplessness return because what could I even do to stop this? Leaning on Jesus wasn’t always my first reaction but it is what it needed to be.

I reached out to my midwife to say, “it came back” and I began to put my research and my midwife’s knowledge to use to do something about this depression naturally, without the use of anti-depressants. Aside from a couple of episodes, I want to share that I’ve found what works for me and haven’t experienced any consistent PPD symptoms in about three months. Praise God!

I know no healing I have experienced could have been possible without God, who’s sovereign plan is wiser than any path I could choose for myself. He is good and He remains faithful even in the depths of depression, even when I cannot feel Him over the pull of anxiety and despair.