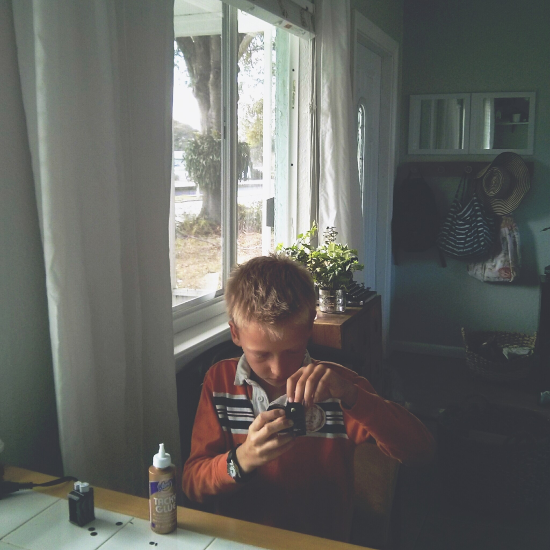 This year we have decided to take the dive into homeschooling. It’s been something that has been on our minds since our son was in first grade. At that point, I was pregnant with our oldest daughter so we decided that it wasn’t the right time. Then, I used the excuse that hey, I’m new at this taking-care-of-a-baby thing. After that, we found out I was pregnant with our second daughter so again, I used the excuse that we’re having another baby as a reason to put off homeschooling another year. When fourth grade rolled around, our son was accepted into a magnet school for math and engineering, so I said hey, we can’t take him away from this awesome opportunity.

God was really tugging on my heart to bring our son home and I resisted at first – for nearly three years! I convinced myself that I wasn’t ready and maybe next year. Eventually it dawned on me that I may never be ready to homeschool and that now is as good as a time any. The enemy is quick to tell me that I’m not patient enough, I’m not capable, I stink at math! But you know what? I don’t need to be super capable and I don’t need to be great at math. So here’s to taking the dive and praying I can swim – or at least float.