I’m on a roll with this whole hoarding… err.. I mean thrift store shopping thing. I’ve noticed more and more thrift stores are starting to charge more for things, so I’ve been hunting down local thrift shops that haven’t lost sight of their thrifty beginnings. Needless to say I am pretty excited to share with you what I found in October. And just you wait until my November update. Oh. Man. Don’t worry, this horse didn’t come home with me.

So, where should I start? How about this crazy cool cabinet thingy?! I am aware that I just used the terms “crazy cool” and “thingy” in the same sentence, don’t judge.

I normally stay away from the color red, especially after dealing with an in-your-face red wall for nearly two years, but I just couldn’t walk away from this. Trust me, I tried but I looked back and there it was, just popping out like a sore thumb waiting for me to take it home. It’s really not as crazy as it sounds. I mean, look at those wheels… would you have been able to resist? And what about the pattern of that wood!? 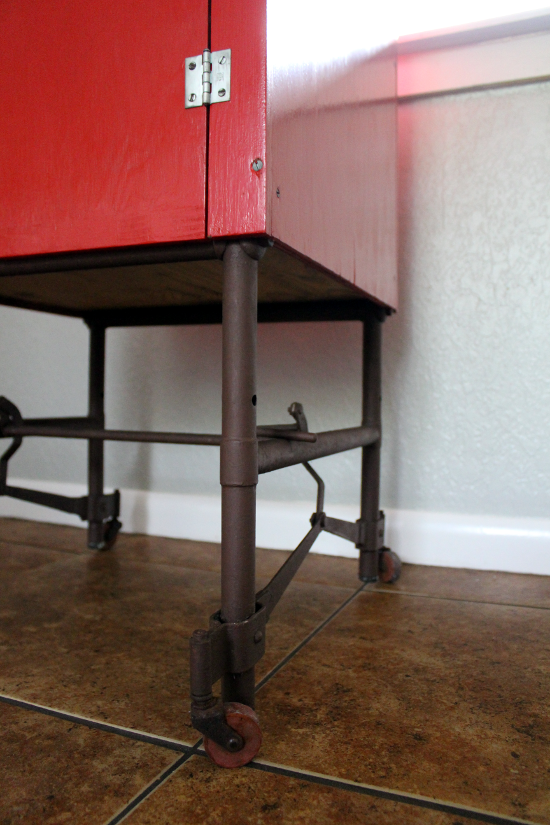 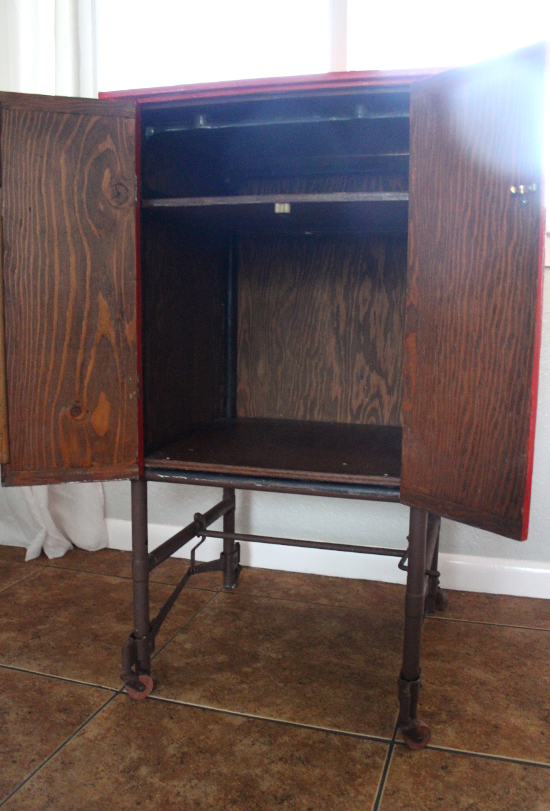 Eliana even got all Vanna White on it. If Vanna White had messy hair and brought her baby doll to work, that is. 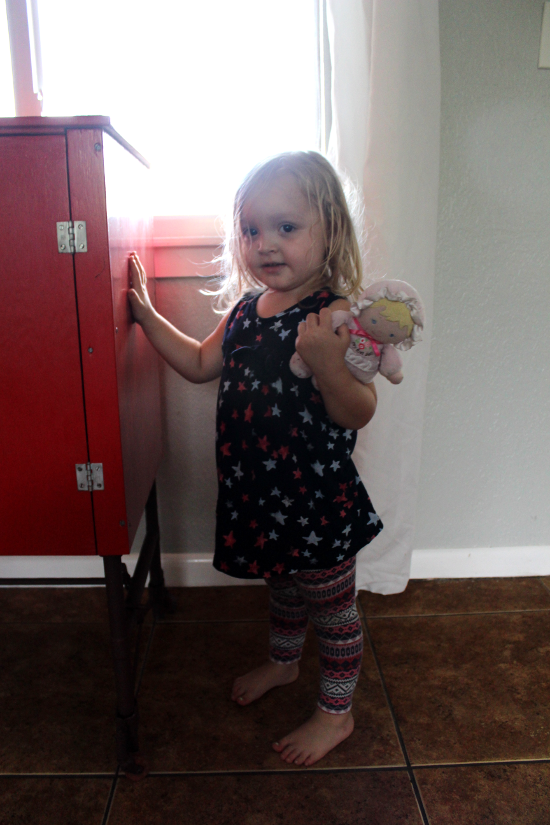 Here’s a closer look at that cribbage game I mentioned on Instagram. Isn’t it pretty? Okay, I plan on hanging it in Elijah’s room so forget that I called it pretty. I don’t think he would get on board with that. 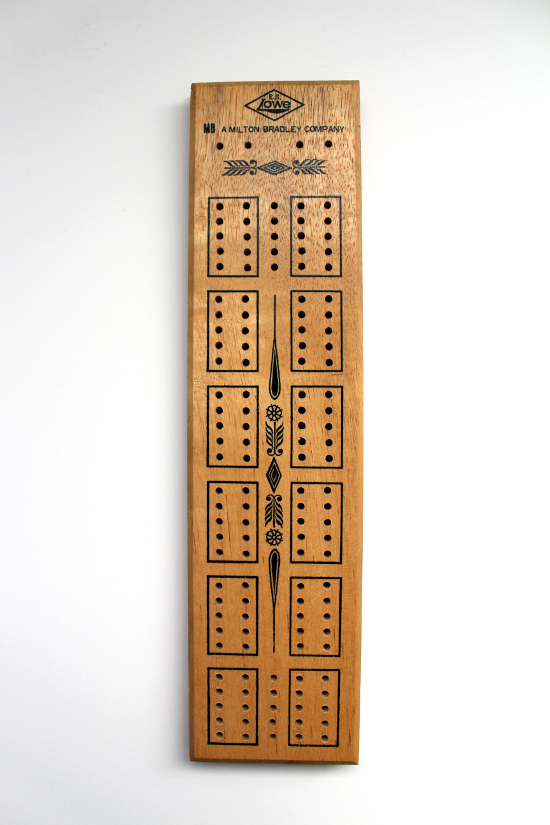 Speaking of games, I found this wood car ramp for one dollar. It didn’t come with the cars so I contacted the company asking if they sold replacement cars. They wanted to charge me $12.99 plus shipping. It would still be cheaper than buying it new but I’m having a hard time bringing myself to spend over ten dollars on four cars. I don’t think I can do it, guys. 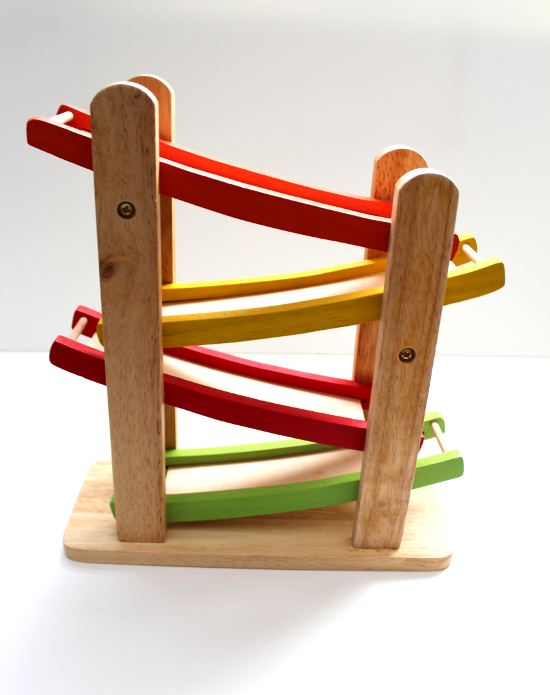 I managed to bring home ten books for the kids last month (two of them, Ten Thousand Leagues Under the Sea and The Journey to the Center of the Earth, are not pictured). Never Tease a Weasel, Doctor Dan and The Fox with Cold Feet are pretty cute and I may have found an earlier edition of the The Real Mother Goose back in June. 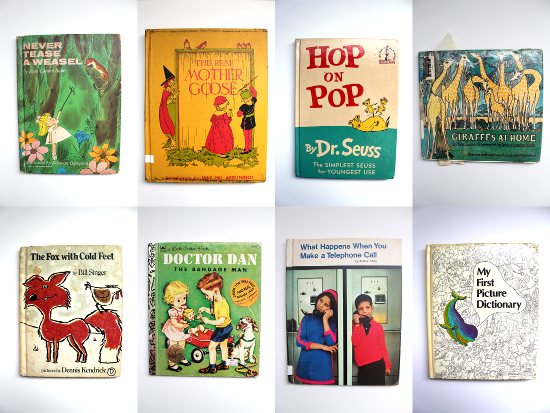 This seamstress measuring tape was hiding in a craft box at a new-to-me thrift store. I’ve already put it to good use making the flag bunting I had at Isabelle’s party, so I’m officially a fan. It’s worth digging through the cluttered bins to find little treasures. 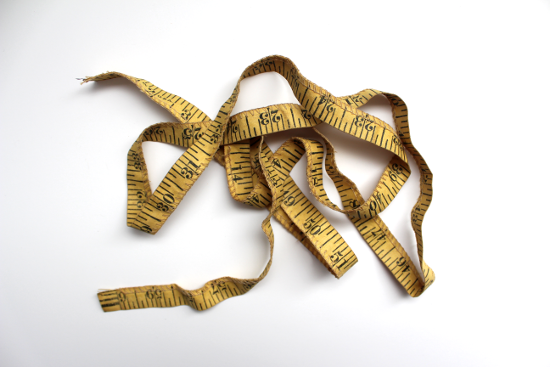 I have no use for these vintage kitchen scissors but I didn’t want to leave without them. 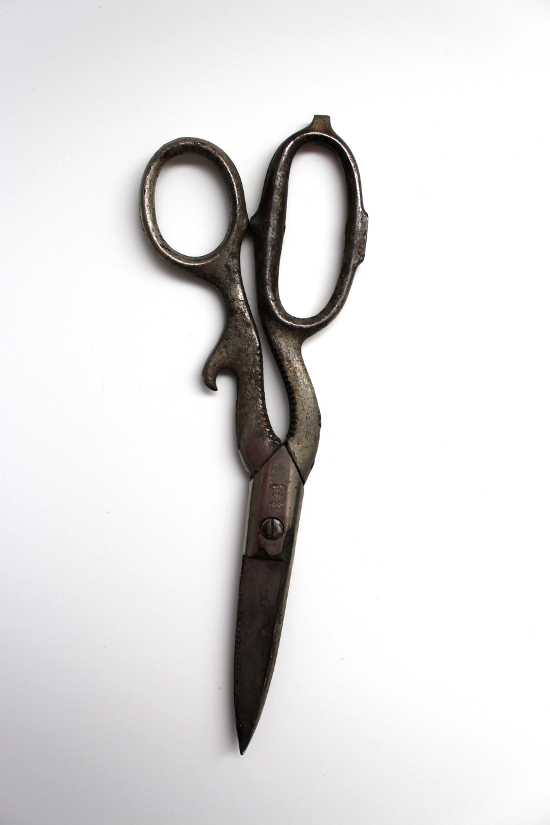 So I obviously bought them and now have them for sale on our Etsy shop because I can’t hoard everything. 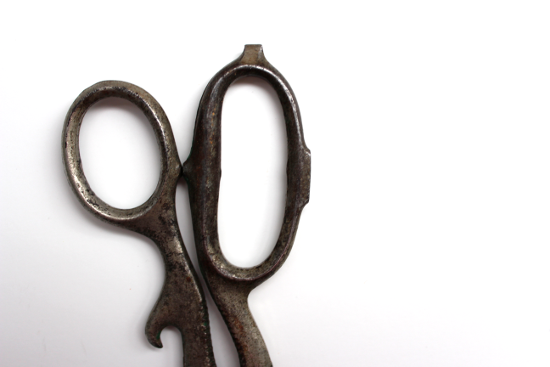 I also posted this All-in-One cheese grater, which is from the same store. I think it would look really cute hanging on a kitchen wall, don’t you? 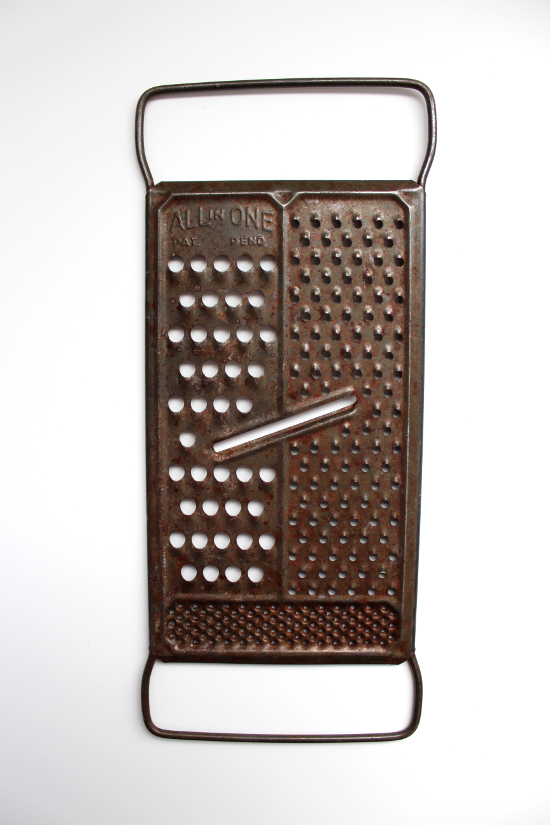 Lastly, I snagged these three hobnail milk glass vases. Two are real and one is fake. Can you tell which one is the impostor? I barely could. 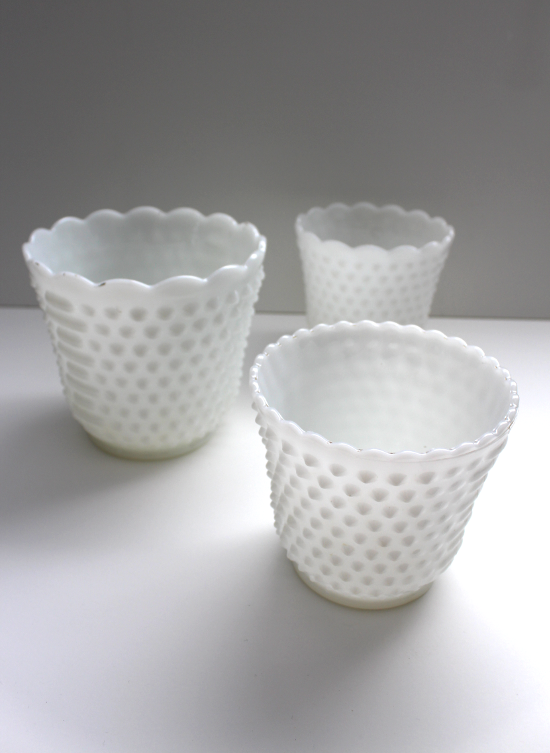 The obvious differences are the scalloped edge and the marking or lack of marking on the bottom, which actually reads “Ovenware”. Could you imaging baking in one of these things!? What could logically be cooked in one of these? 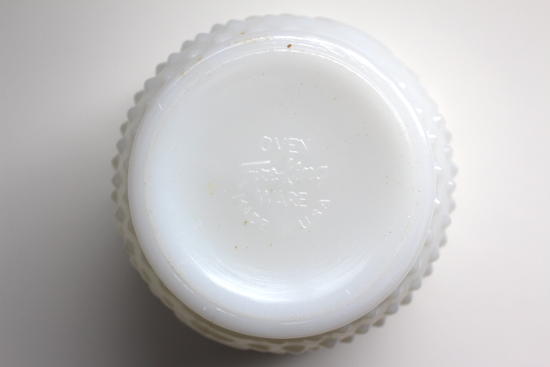 Instead, I used them to house pretty plants which I can hopefully keep alive.

What have you been finding lately at thrift stores? Have you noticed a spike in prices at your local shops or am I just being a cheapskate?